Home > Back to Search Results > Battle of Chateauguay...
Click image to enlarge 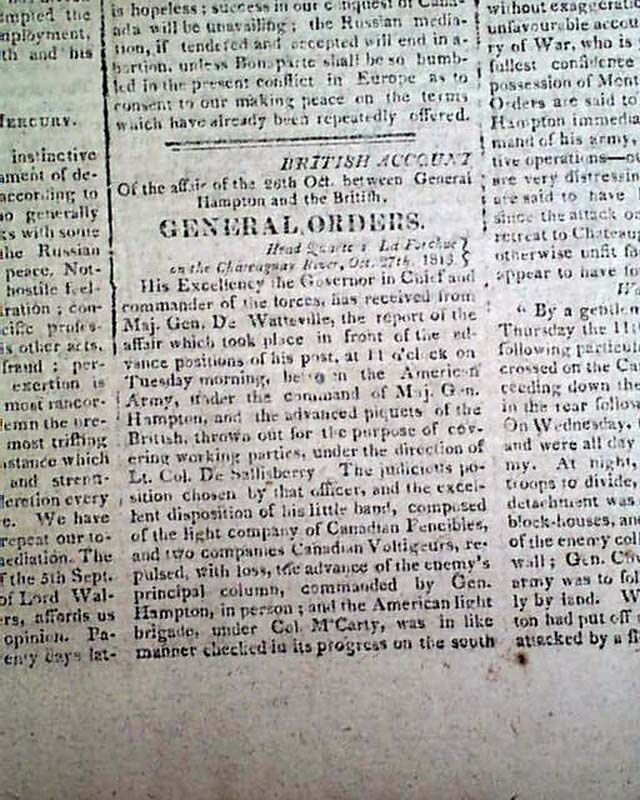 The ftpg. has: "General Orders" being the British account of: "...the affair of the 26th Oct. between General Hampton and the British". which was the Battle of Chateauguay. This was one of the two battles (the other being the Battle of Chrysler's Farm) which caused the Americans to abandon the Saint Lawrence Campaign, their major strategic effort in the autumn of 1813. Also on the ftpg: "Of Gen. Wilkinson's Army" datelines at Albany & Watertown.
Much more on the War of 1812 inside including "The Action Near Cornwall" and reports from Ogdensburgh, Albany, Sacket's Harbor & elsewhere. Also: "Latest From Our Armies".
Four pages, some glue at the spine margin, good condition. 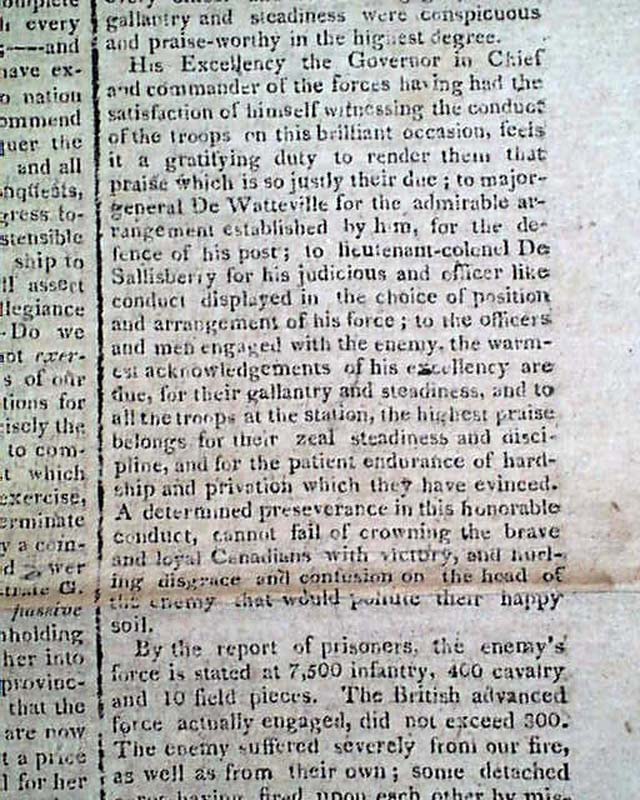 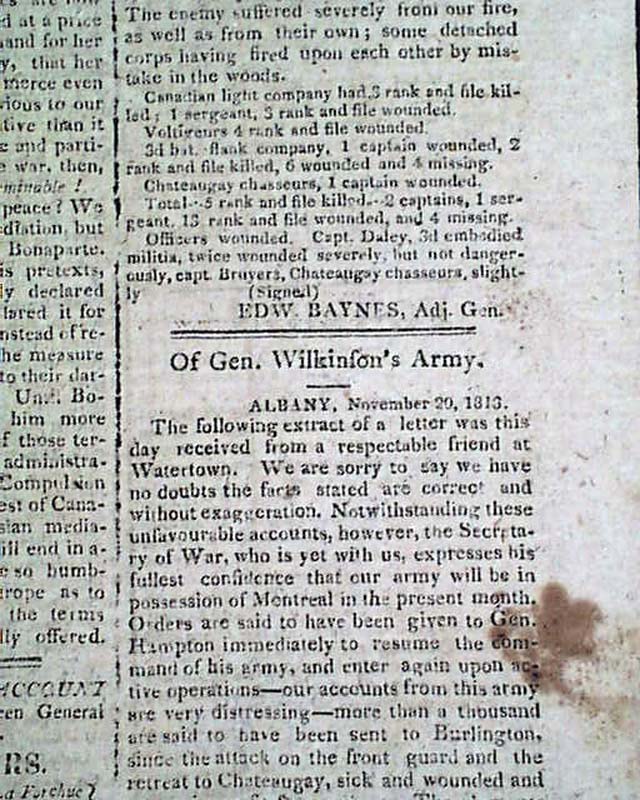 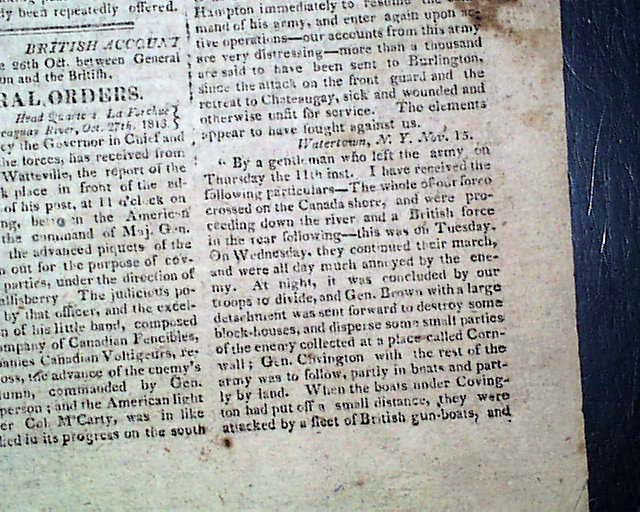 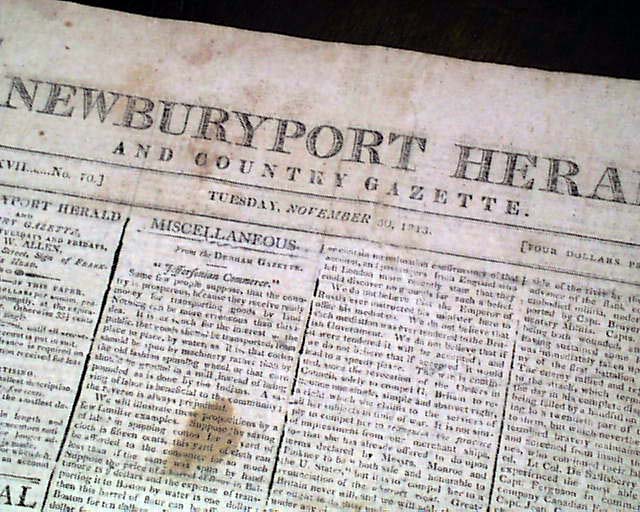 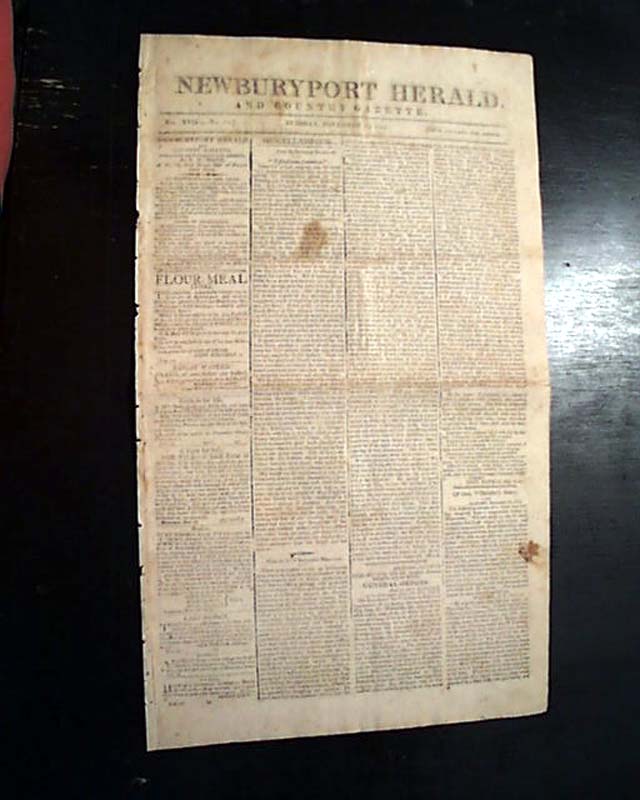 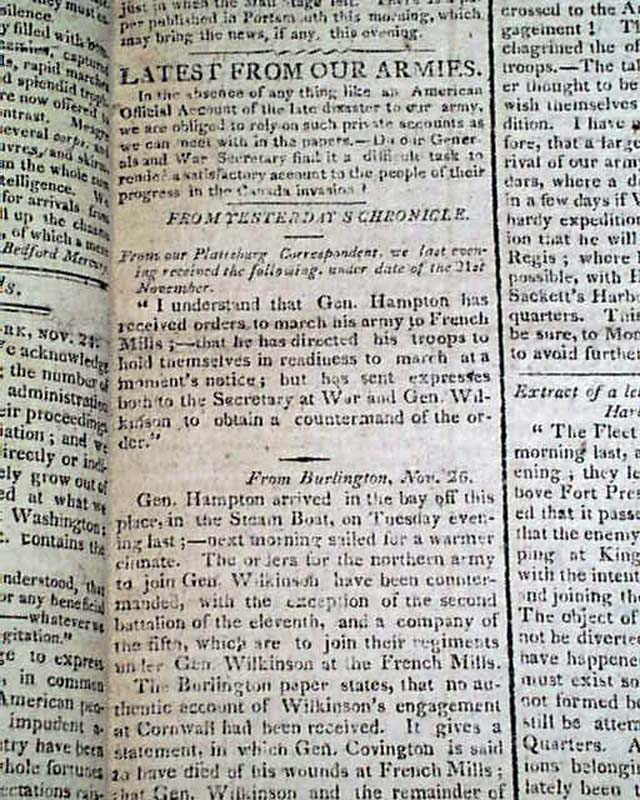 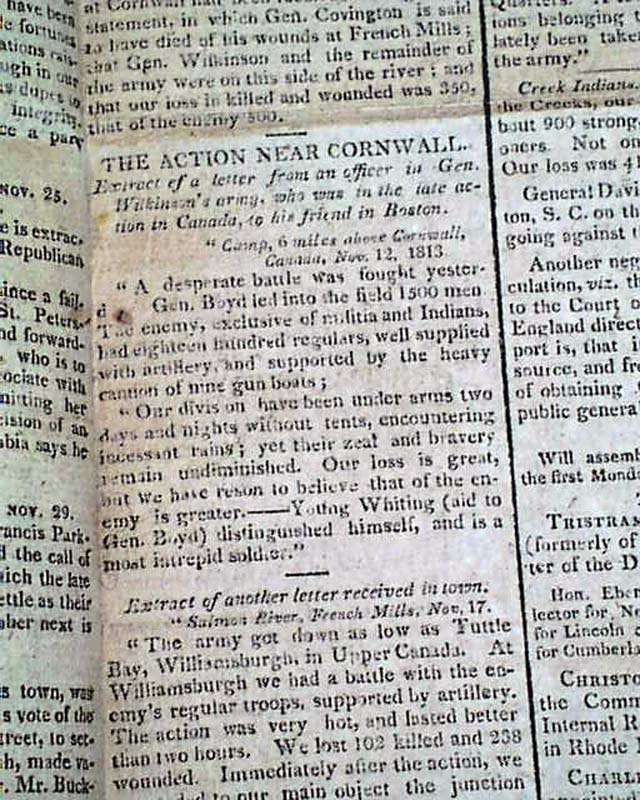 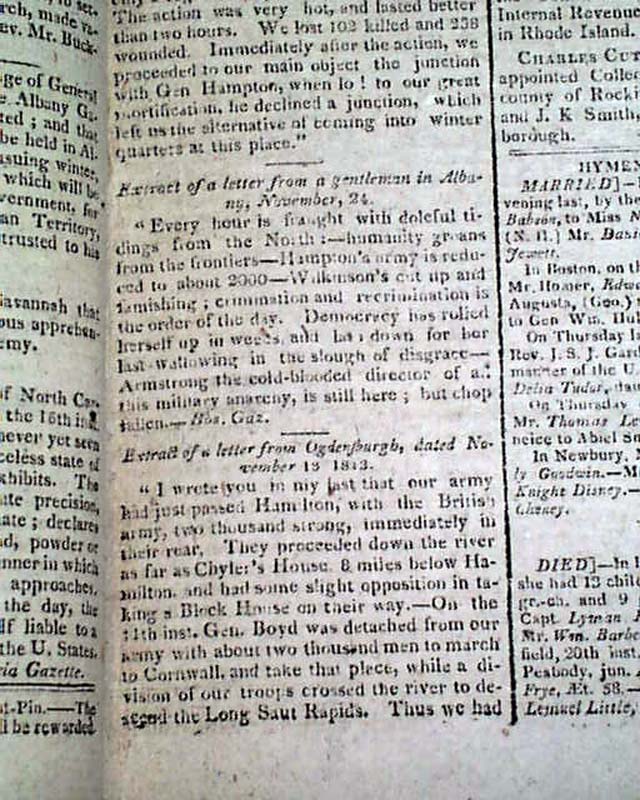 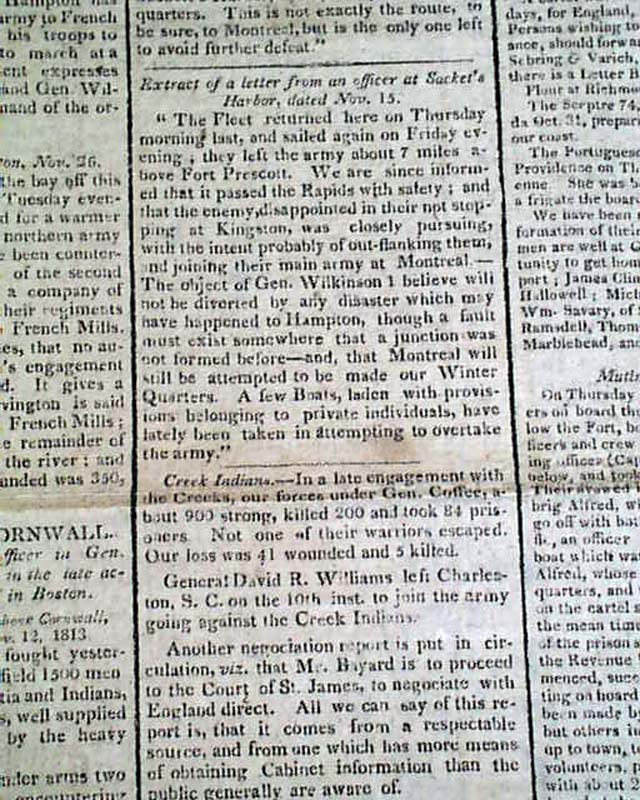