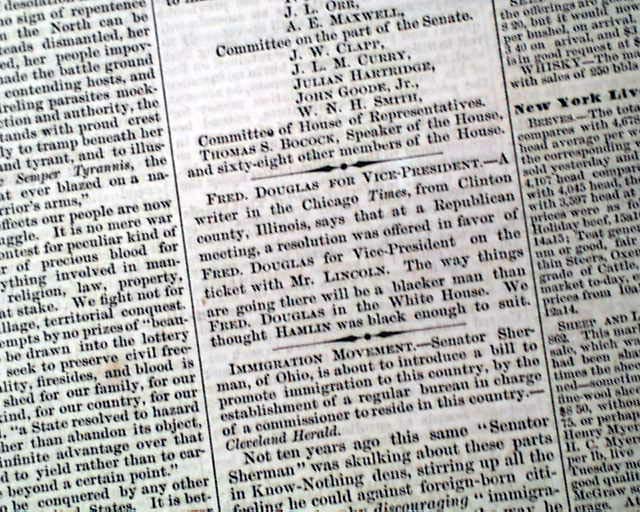 Among the articles in this issue are: "The 81st Ohio" "Violence In Illinois" "Union for the Sale of Union" "Speech of Hon. James Brooks--Freedmen's Bureau--A Department of Negroes Proposed" "Address of Confederate Congress--War Forced on the South--Slave Revolt Urged by the Federal Administration..." "Fred. Douglass for Vice President" & more. Also an interesting item: "Morgan's 'Barber Brigade' " concerning his order to shave all captured Yankee officers to retaliate for him being shaved when in prison (see).
Eight pages, never bound nor trimmed so it folds out to one large sheet.

Described as "The Hottest Rebel Sheet to be found in the North or the South", this newspaper opposed the Civil War and attracted the hatred of the Republicans and the Lincoln administration. It insisted that slavery could not be prohibited by law. So obnoxious was this paper to Unionists that it was denied circulation in some cities. In 1863 the press was raided by a hateful mob. 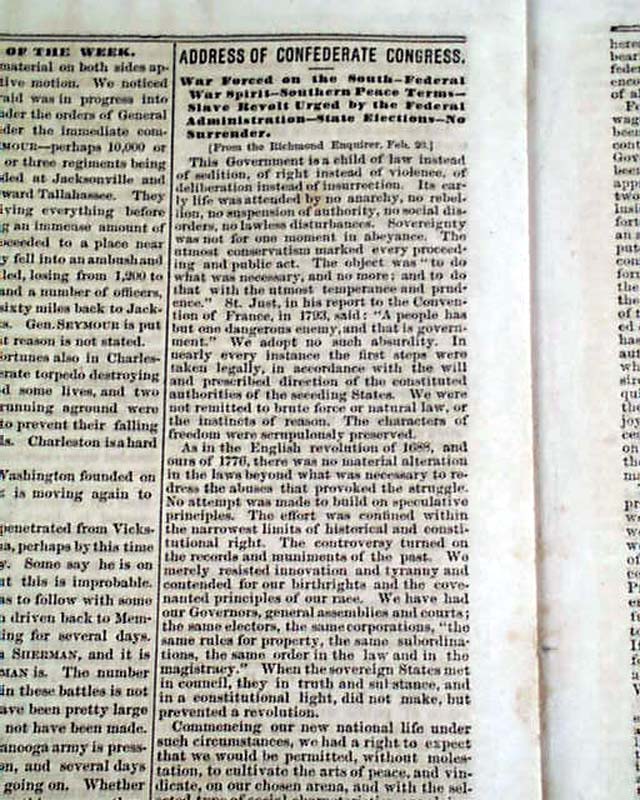 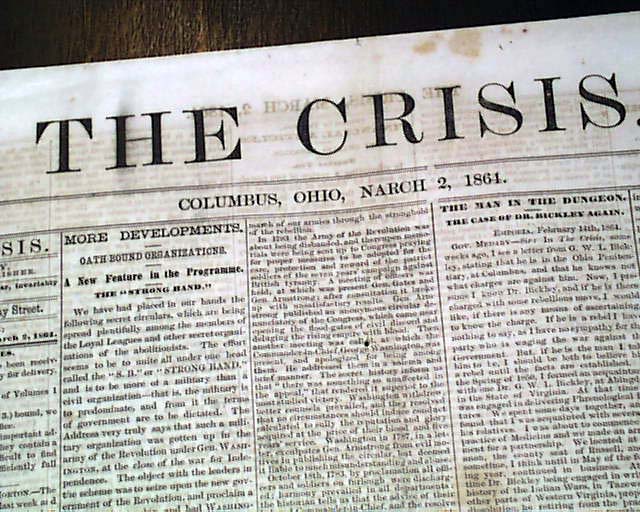 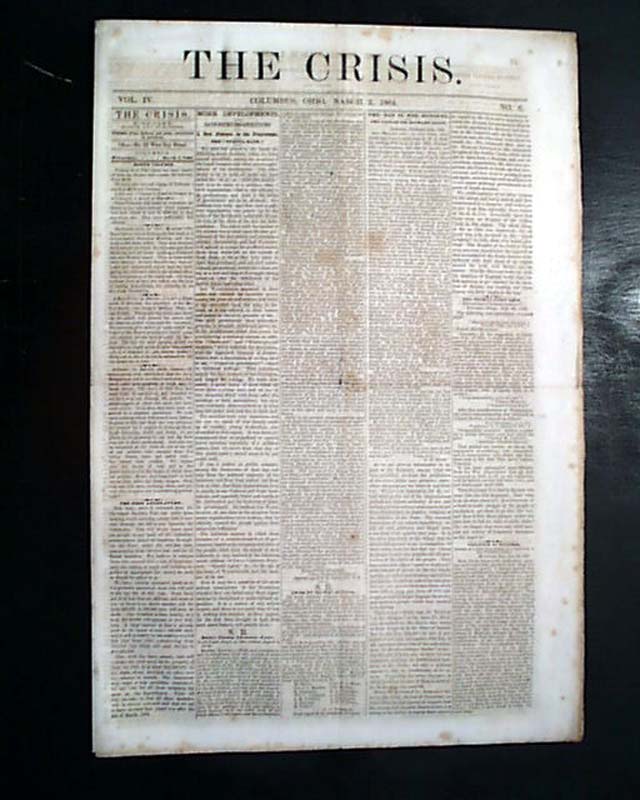