Home > Back to Search Results > The Napoleonic War: Bonaparte in Egypt...
Click image to enlarge 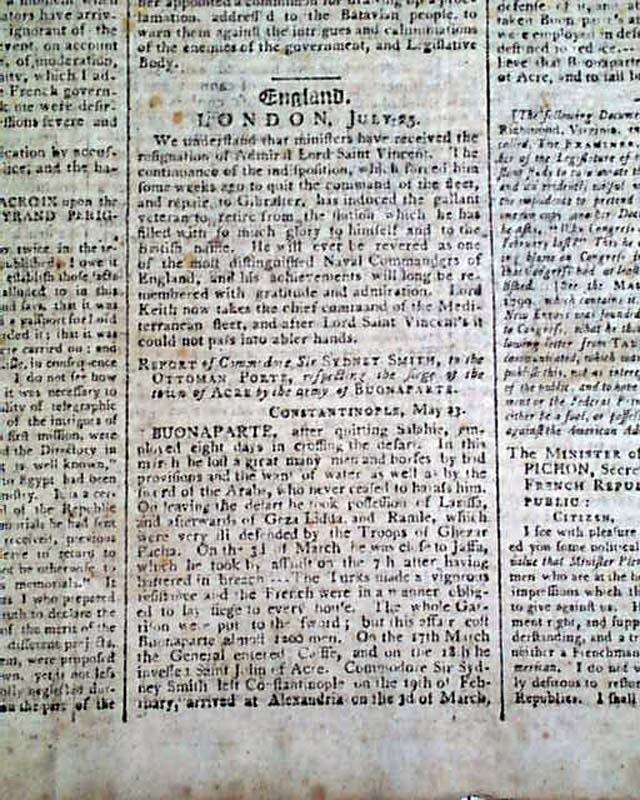 The Napoleonic War: Bonaparte in Egypt...

Page 3 has: "Military Exhibition" and "Talleyrand". Page 2 has an account: "...respecting the siege of the town of Acre by the army of Buonaparte". Then a letter signed in type: Buonaparte, to the Ghezar Pacha beginning: "Since my arrival in Egypt, I several times informed you that I had no design to make war against you...".
The bkpg. has two desertion reward ads (see).  Four pages, nice condition.