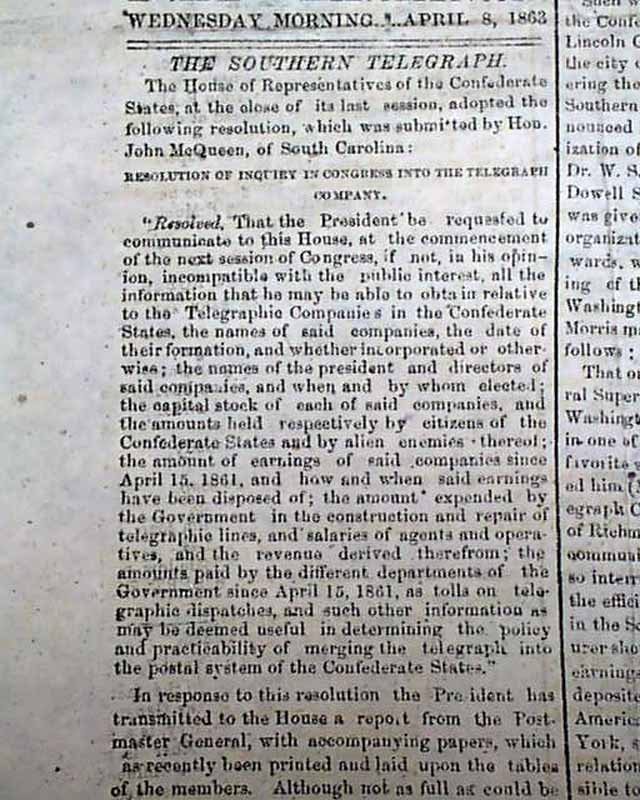 A famous newspaper from the capital of the Confederacy. Most of the front page is taken up with various reports on: "The Southern Telegraph". Also on the ftpg. is a dispatch to General Robert E. Lee signed in type: Braxton Bragg which concerns the telegraph as well.
The back page has a nearly column long editorial concerning the Civil War, beginning: "These are the last days of the longest truce in the war...In another week the ground will...be dry enough for military transport & manoeuvre...before May day will have already reddened the whole field..." with more (see photos). Also: "Very Latest From the North--Important from Europe--Complete Success of the Confederate Loan--Abandonment of the Yazoo Expedition Against Vicksburg..." Also: "From Charleston", "From The North", "City Intelligence" and much reporting from the: "Confederate Congress".
Complete as a single sheet newspaper with a full banner masthead, never bound nor trimmed, great condition.