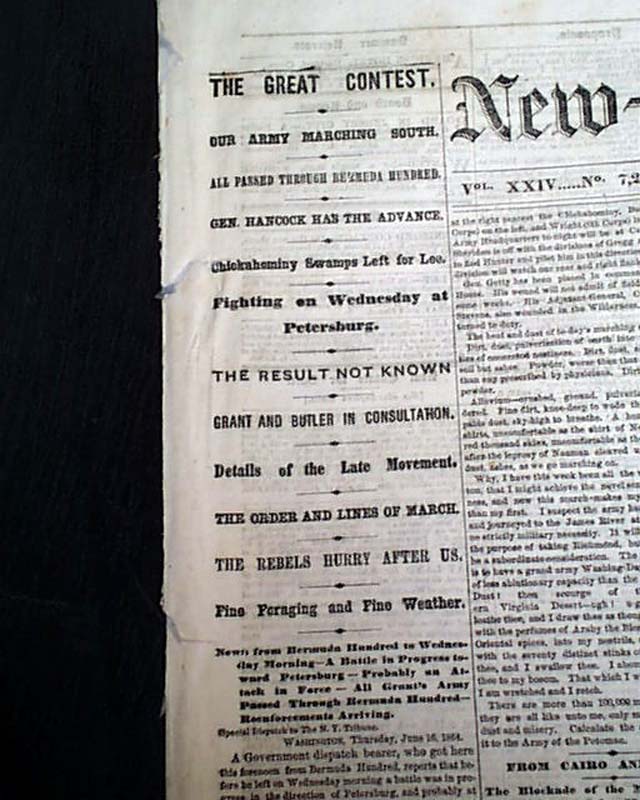 Among the great many column heads on the Civil War are: "FROM GEN. SHERMAN" "Eight Days of Battle" "Gallant Fighting of the Union Army" "Johnston Fallen Back to the Chattahoochee" "Sherman Now Holds a Most Advantageous Position" "LATE REBEL NEWS" "Junction of Crook, Averill, and Hunter" "Sherman Will Not Risk a General Engagement" "Grant's Movements a Puzzle" "THE GREAT CONTEST" "Our Army Marching South" and so much more.
Eight pages, very nice condition.