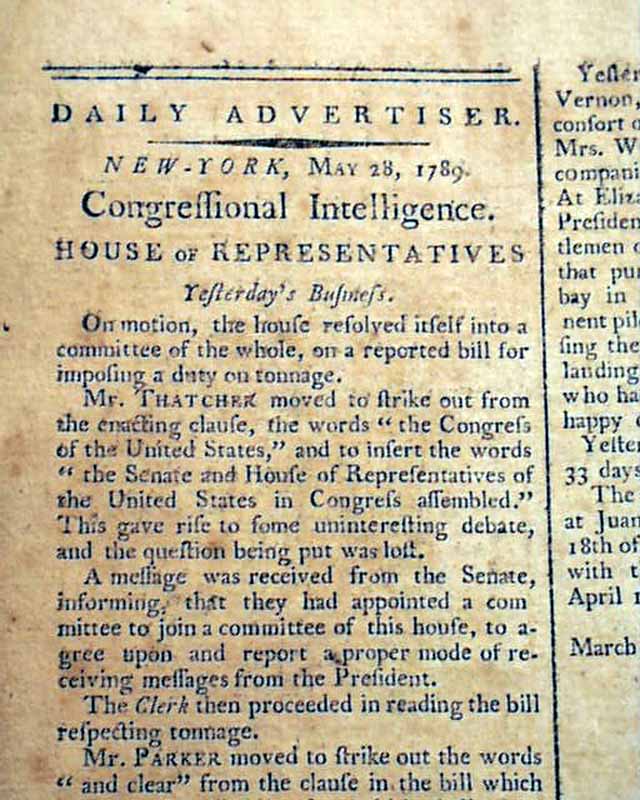 Page 2 has reporting of: "Congressional Intelligence" from the early months of the new federal government. Also a report beginning: "Yesterday arrived in this City from Mount Vernon, Mrs. WASHINGTON, the amiable consort of the President of the U. States. Mrs. Washington from Philadelphia was accompanied by the Lady of Mr. Robert Morris. At Elizabethtown point she was met by the President, Mr. Morris, & several other gentlemen of distinction..." with more of the details of her arrival (see).
Four pages, very nice condition.