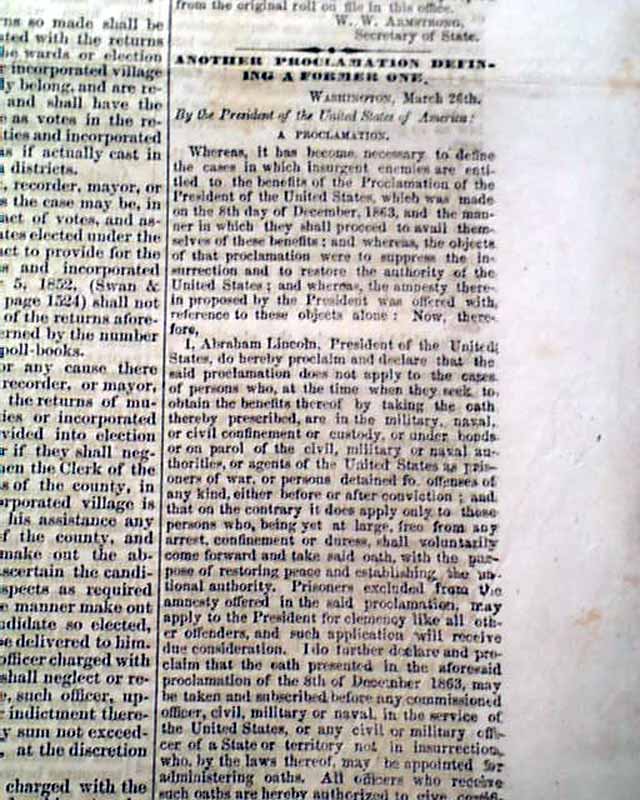 The ftpg. has: "A Proclamation" signed in type by the President: Abraham Lincoln. Among the various articles within: "The Aspiring Negro" "Negromania" "Strength of the Confederate Armies--The Starvation Theory Exploded" "War News of the Week" & much more.
Eight pages, never bound nor trimmed so it folds out to one large sheet, good condition.