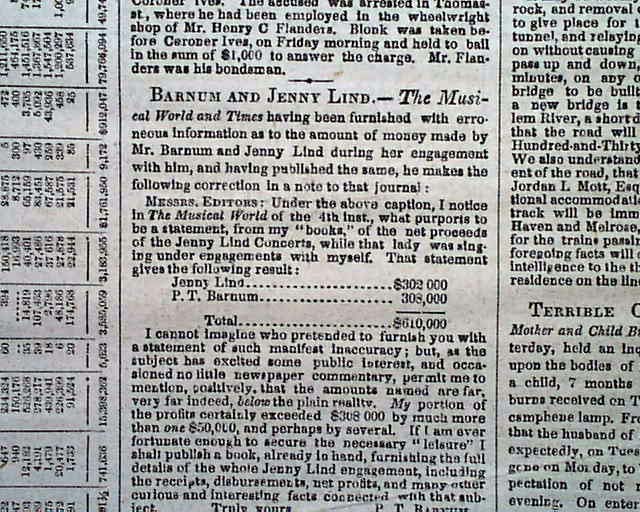 Page 7 has, "BARNUM AND JENNY LIND," followed by text describing the amount of money made through their tour, and included a letter from him signed in block type: P.T. BARNUM. Another article on the same page has the heading, "Catherine Hayes and Barnum," which states Barnum had tried (unsuccessfully) to reach a contract of agreement with her, along with Madame Emma Albani, Madame Henriette Sontag, and Lola Montez. It is interesting to note that this issue, perhaps coincidentally, has reviews for the previous night's performances of both Albolini and Sontag.
Other news of the day is found throughout. Complete in 8 pages, in very good condition.