Home > Back to Search Results > Prelude to the Lincoln-Douglas debates...
Click image to enlarge 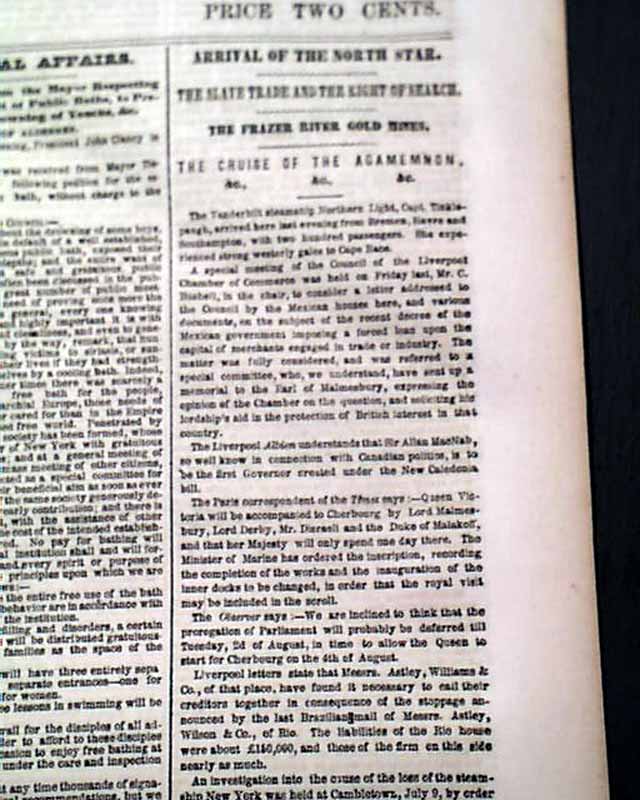 Prelude to the Lincoln-Douglas debates...

Page 2 has a lengthy article: "The Illinois Campaign" "Mr. Douglas on the Kansas Question...".
This speech was on July 16, 1858 and concerned the slavery question, which would be a prelude to the Lincoln-Douglas debates which began in August for the Illinois Senate seat, and which would do much to propel Abraham Lincoln to national prominence. This report takes nearly 2 1/2 columns, plus there is a lengthy editorial on him headed: "Mr. Senator Douglas & his Final Battle in Illinois Upon the Kansas Question".
Also of interest on the ftpg: "Arrival Of The North Star" "The Slave Trade and The Right of Search" "The Frazier River Gold Mines". And page 5 has: "Letter From Utah" with Mormon content.
Eight pages, binding slits at the blank spine margin, nice condition.