Home > Back to Search Results > Upton Sinclair publishes his own newspaper...
Click image to enlarge 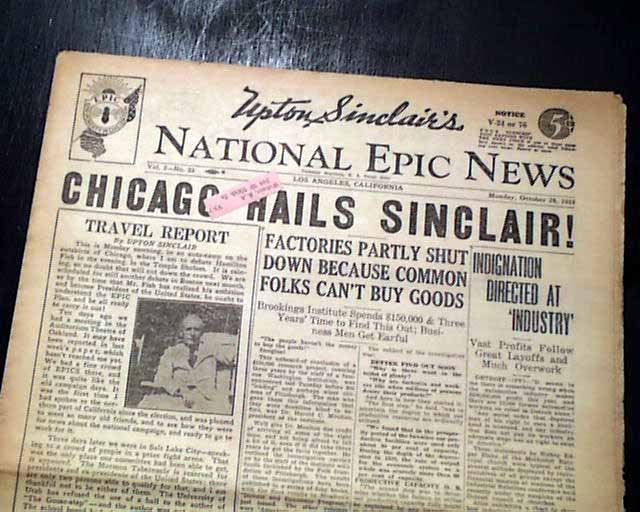 Upton Sinclair publishes his own newspaper...

Upton Sinclair was one of the nation's most noted authors in the early part of the 20th century as well as one of the nation's best known Socialists. His 1934 campaign for governor of California has been called "The Campaign of the Century." One of the most dramatic and influential contests in California history, it helped change the political landscape of the nation.
Begun during the depth of the Depression, his plan called for the state take over farms and factories that had been idled in the economic crisis and create a vast network collective farm colonies and cooperative factories to be run on a basis of "production for use" instead of production for profit. Interest in what Sinclair was soon calling his "EPIC Plan" was immediate. Within a few months he had a campaign organization and a weekly newspaper--the one offered here--and a growing network of EPIC clubs around the state. He would lose the election to a Republican candidate but his efforts changed the Democratic Party forever.
This newspaper was his voice to the people, which published for just a brief period from May 28, 1934 to Jan. 20, 1936. Scattered throughout are articles & news items relating this his plan to end poverty in California.
Complete in 8 pages, never bound nor trimmed, 11 1/2 by 17 inches, nice condition. Address label in the headline. 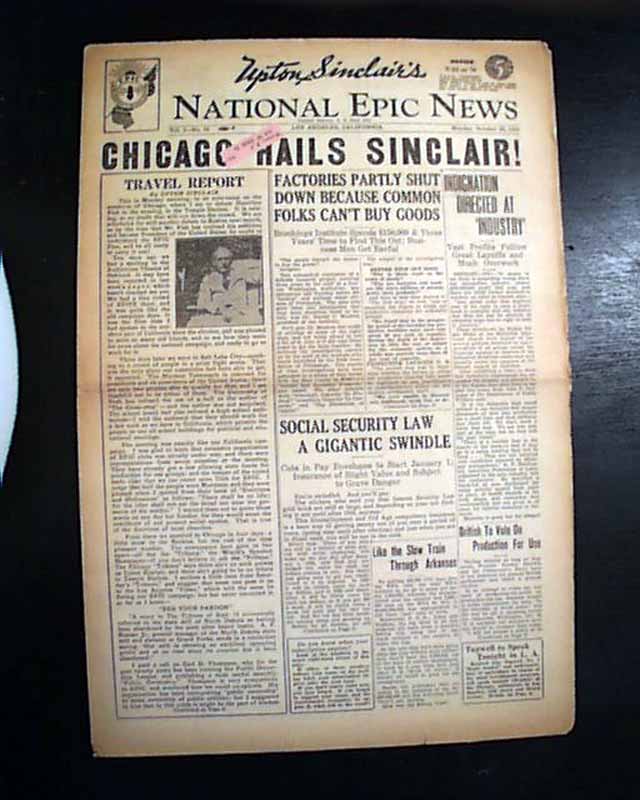 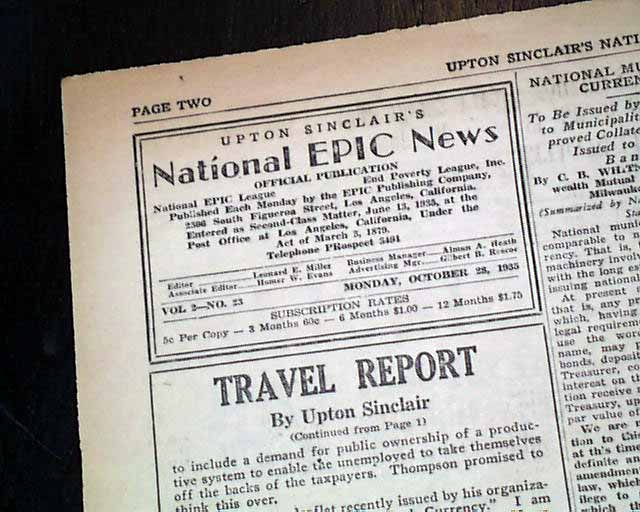