Home > Back to Search Results > False report on the death of Jesse James...
Click image to enlarge 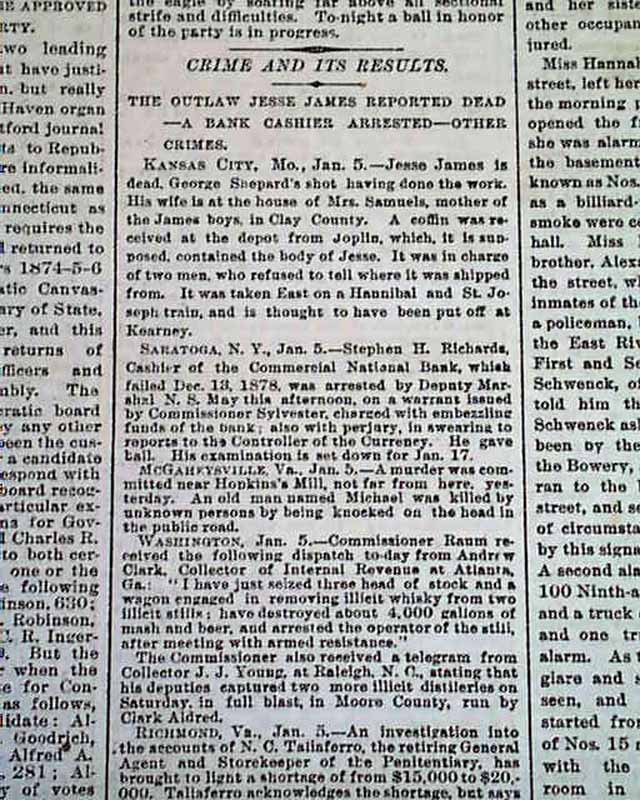 False report on the death of Jesse James...

The front page has a very interesting report headed: "Crime And Its Results" "The Outlaw Jesse James Reported Dead--A Bank Cashier Arrested--Other Crimes". This is a one paragraph report noting: "Jesse James is dead. George Shepard's shot having done the work. His wife is at the house of Mrs. Samuels, mother of the James boys, in Clay County. A coffin was received at the depot from Joplin which, it is supposed, continued the body of Jesse..." with a bit more (see photos). In reality he was not killed until April, 1882.
One of the other crime reports is from Deadwood: "...entered the restaurant...renewed an old quarrel by refusing to pay his bill...drew a revolver...Woolsey fired first, his ball entering Coburn's breast. Coburn is in a dying condition...".
Complete in 8 pages, nice condition. 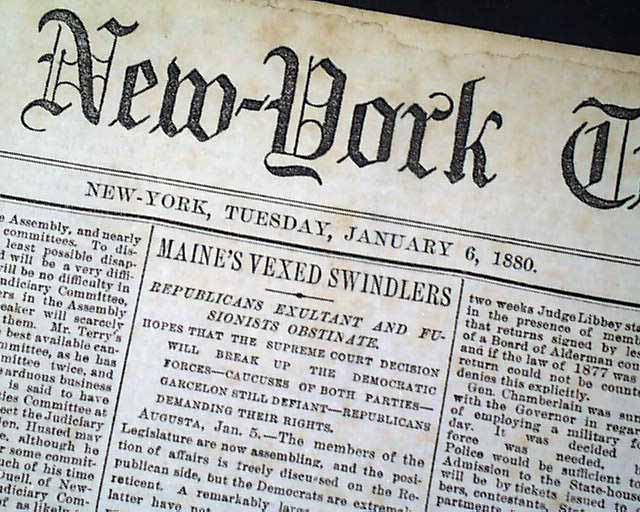 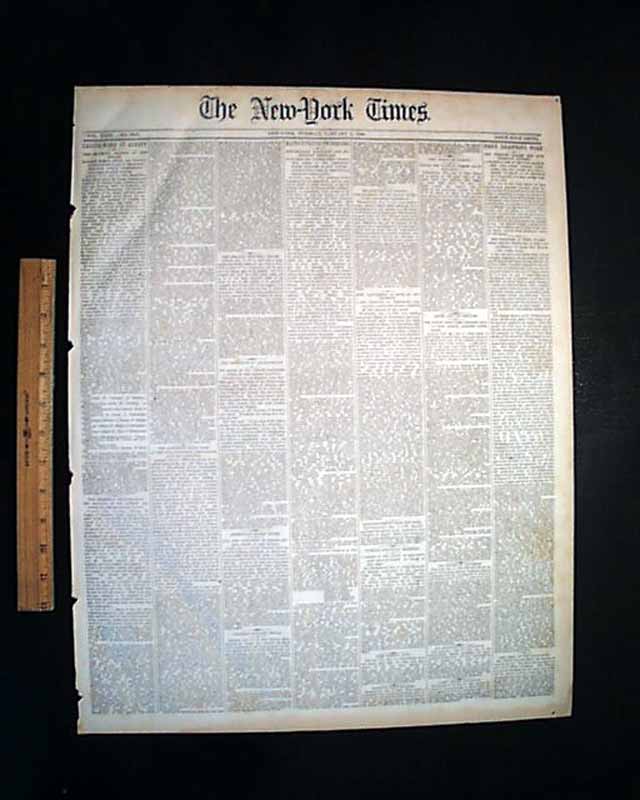 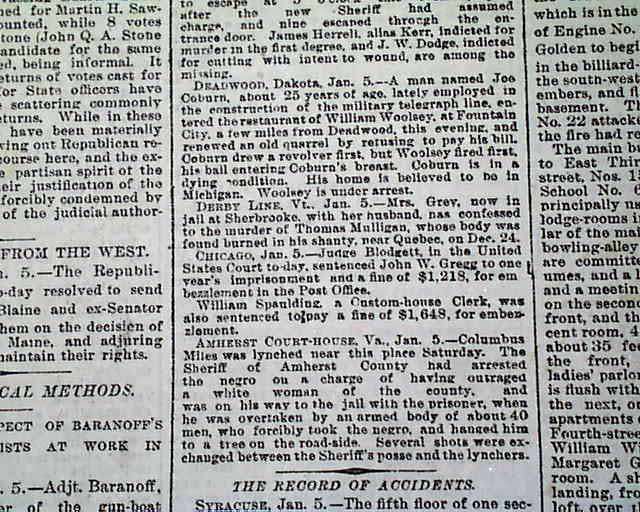