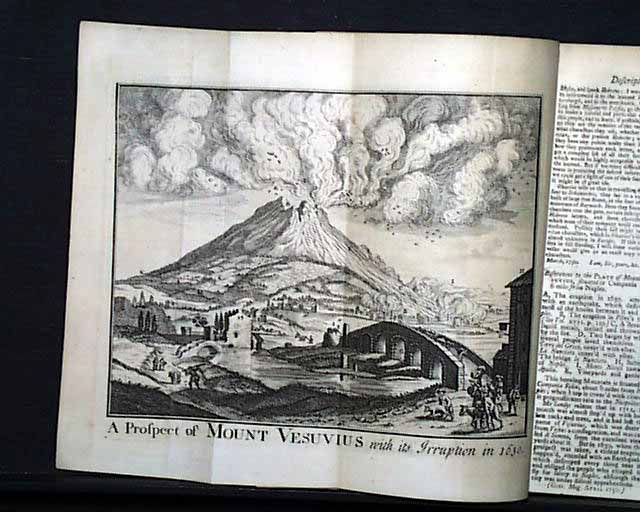 Item # 652438
THE GENTLEMAN'S MAGAZINE, London, April, 1750  An interesting article concerns Mount Vesuvius, and has a nice foldout plate: "A Prospect of Mount Vesuvius with its Eruption in 1630", which measures approximately 8 by 9 1/4 inches (with the addition of wide margins). A few pages later is another very nice foldout print of the same size, captioned: "Prospect of Mount Aetna with its Eruption in 1669", which also has a related article. It is uncommon for both prints to be present.

Judaica and Christian related articles include: "The Jews are only the remains of the two tribes of Judah and Benjamin, with some Levites among them..." with more taking over half a page (see for portions), "Evidence from Miracles and Prophecies", and "Christianity founded on Prophesies Completed".

Among the other items are: "Remarks on the Practice of Inoculating for the Small-Pox" (which takes over a full page), "Moon's Eclipse" (which includes a nice illustration), "The Red Throated Humming Bird" (with a related article), two interesting foldout plates "An East Indian Leopard drawn from Life" and "An East Indian Tiger drawn from Life", "Advantage of the Late Act for Importing Iron from our American Colonies",  "Memoirs of the Notorious John Collington", "Reasons for the Bill to Bring Silk from Russia", "Spiritual Improvement of Earthquakes", "Unhappy State of Passionate Men", and much more. Near the back is the "Historical Chronicle" which has various news reports from throughout Europe.

Complete in 48 pages, measures 5 by 8 inches, with full title/contents page featuring an engraving of St. John's Gate, is in very good condition. 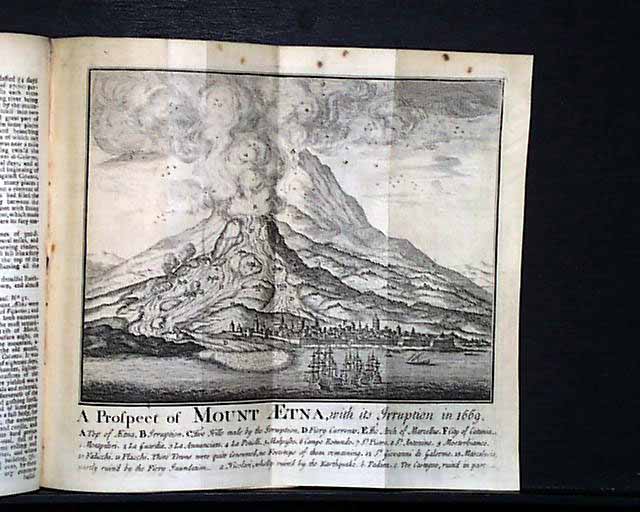 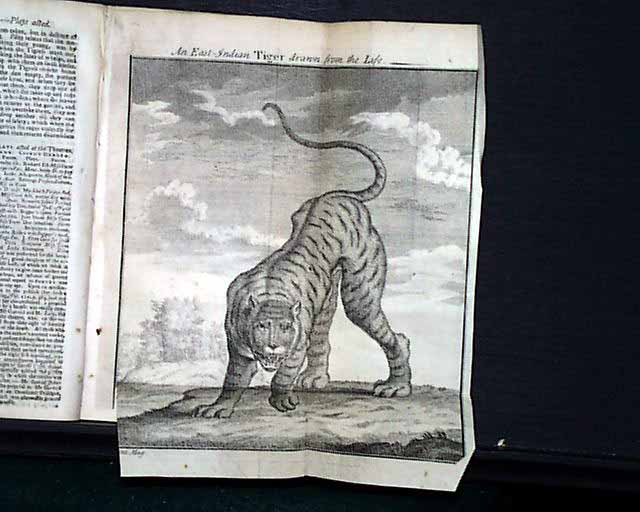 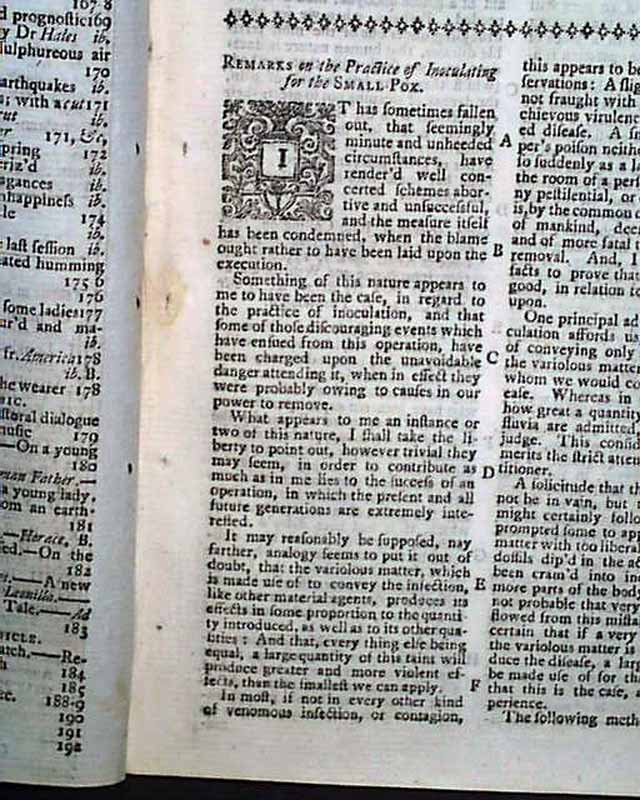 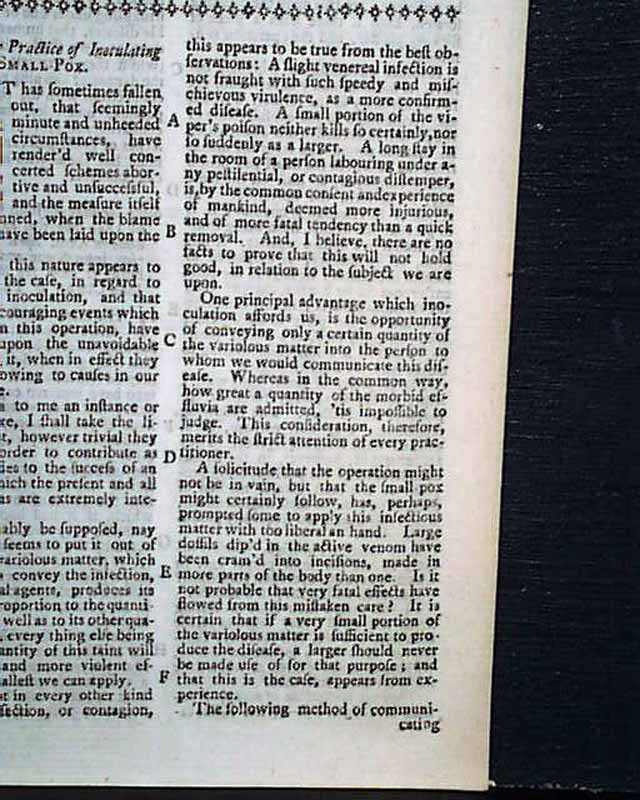 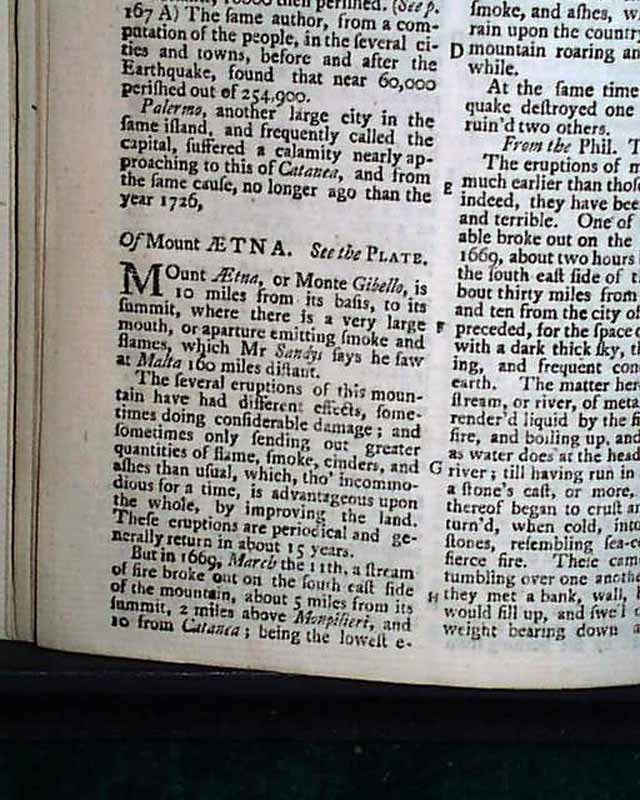 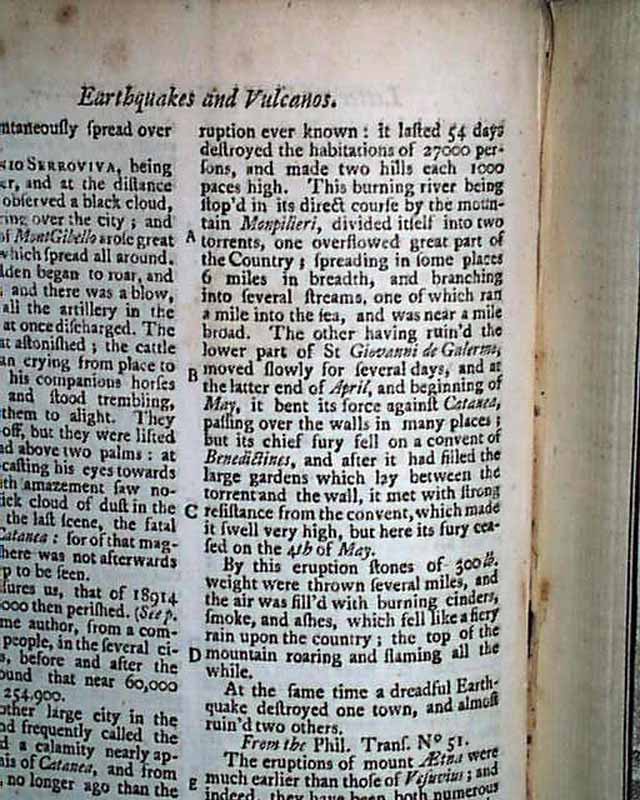 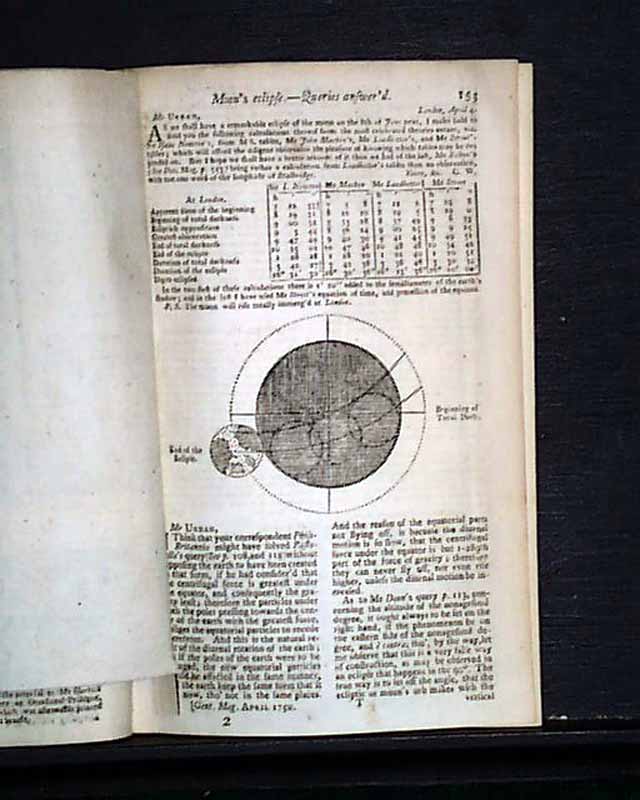 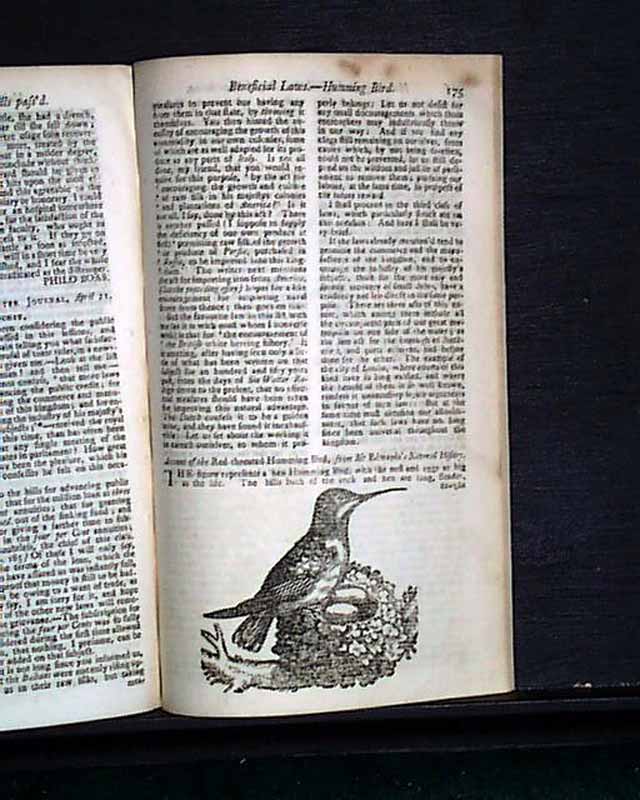 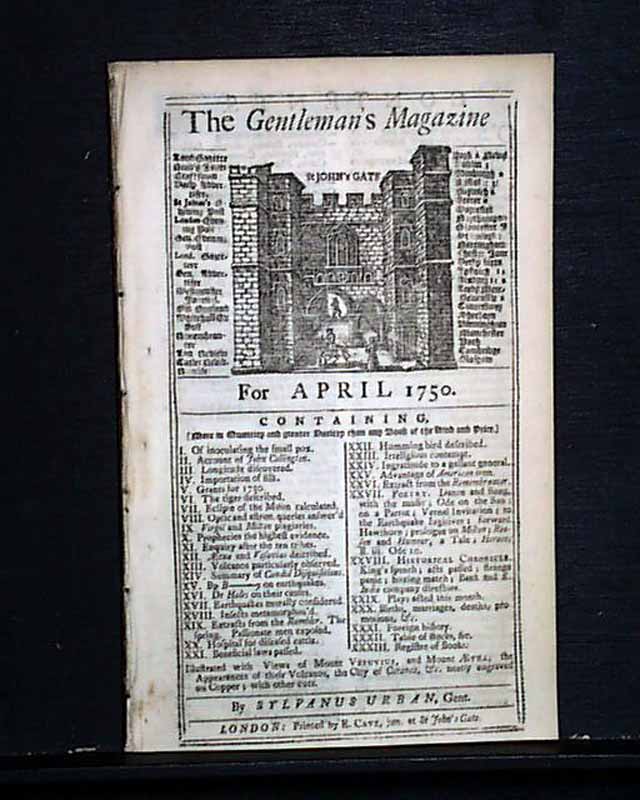