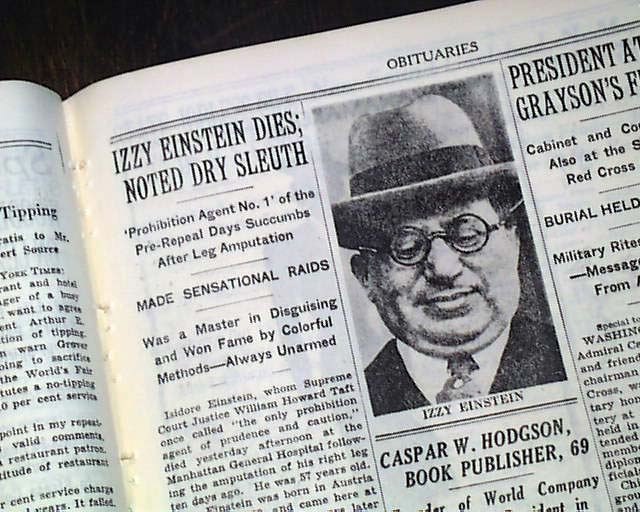 The top of page 19 has a one column heading: "IZZY EINSTEIN DIES; NOTED DRY SLEUTH" with subheads and photo. (see) I suspect this is one of the few publications to report this particular event as other titles in our inventory do not.
Other news, sports and advertisements of the day. Complete with all 38 pages, rag edition in very nice condition.


wikipedia notes: Isidor "Izzy" Einstein was an United States federal police officer, agent of the U.S. Prohibition Unit, who achieved the most number of arrests and convictions during the first years of the alcohol prohibition era (1920–1925). He was known nationally for successfully exploding illegal speakeasies and for using disguises in his work.