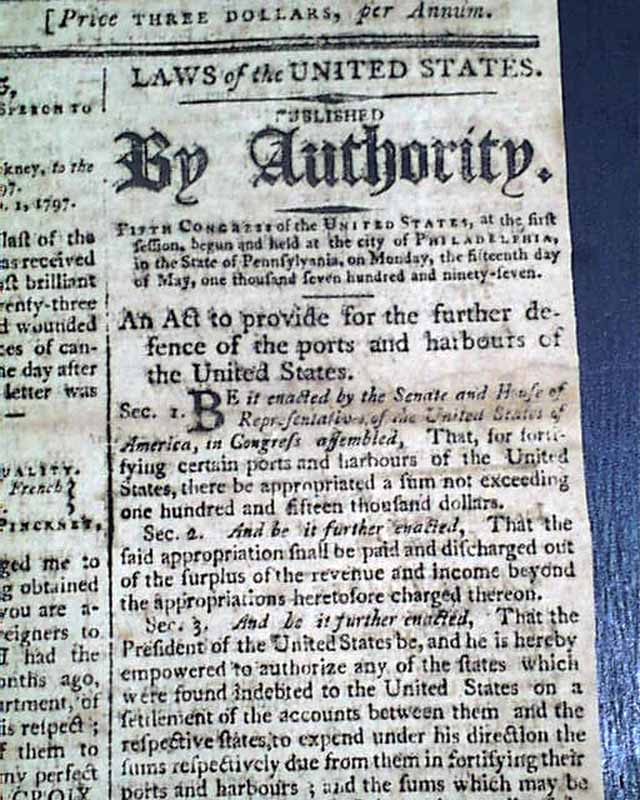 The last column of the ftpg. is taken up with two Acts of Congress, each signed in in type by the President, John Adams, one in script type & the other in block type. Page 2 begins with a third Act signed in script type by John Adams.
Four pages, various foxing, slightly irregular at the spine.