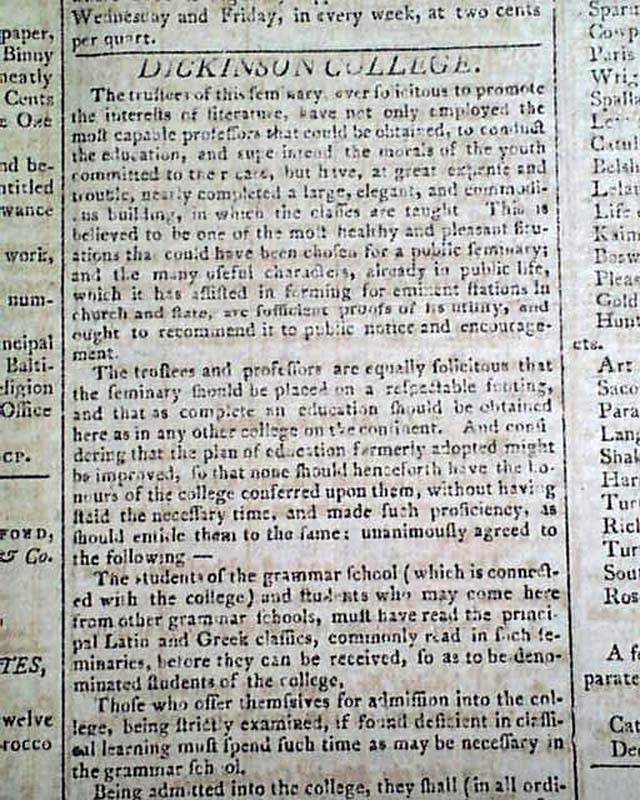 The back page has a terrific & quite detailed notice headed: "DICKINSON COLLEGE" which details the stringent requirements of the students, and that: "...trustees & professors are equally solicitous that the seminary should be placed on a respectable footing & that as complete an education should be obtained here as in any other college on the continent..." and noting: "...those who offer themselves for admission...if found deficient in classical learning must spend such time ass may be necessary in the grammar school..." with more, (see).
Dickinson College, Carlisle, Pennsylvania, was chartered on September 9, 1783, six days after the signing of the Treaty of Paris that ended the American Revolution causing it to be the first college to be founded in the newly independent nation. It was also the western-most college in the nation at the time.
Four pages, small piece torn away along the blank spine on the 2nd leaf (pages 3 & 4), otherwise nice.