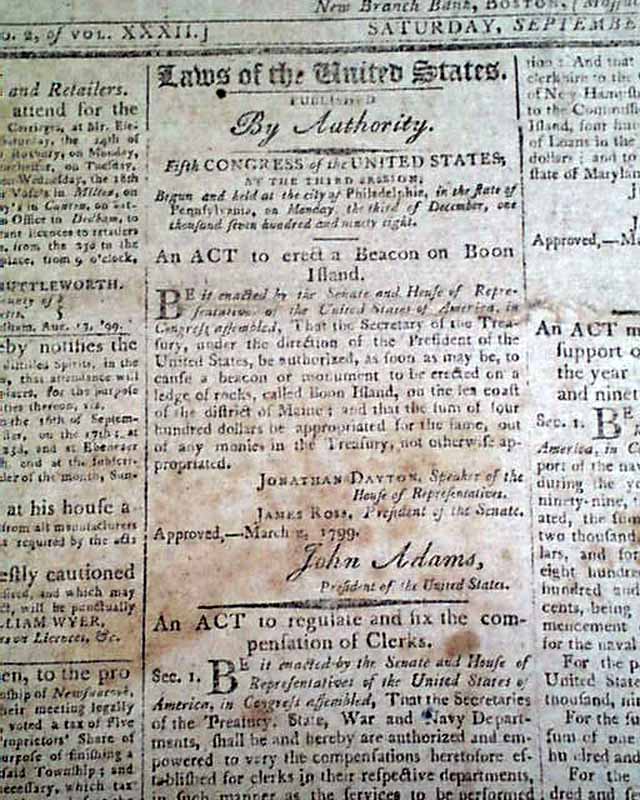 Most of the front page middle columns are taken up with three Acts of Congress, each signed in script type by the President: John Adams (see). One is to erect a beacon on Boon Island. Wikipedia notes on its Boon Island page: "...In 1799 the first day marker and the station itself were established on the island...".
Four pages, some foxing to the top half, generally good..