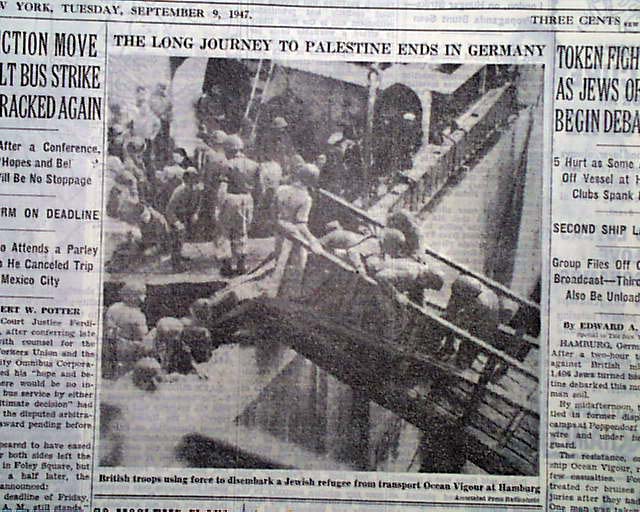 The front page has a historic report regarding the arrival of the Jewish refuges from the Exodus 1947 vessel, which had been captured by the British outside of Palestine. In a tragic twist of fate, the displaced refugees were relocated to Germany. The headline reads: "TOKEN FIGHT WAGED AS JEWS OF EXODUS BEGIN DEBARKATION," with subheading: "5 Hurt as Some Are Dragged Off Vessel at Hamburg - Clubs Spank Resisters." The corresponding article includes, "By mid-afternoon, they were settled in former displaced persons camps at Poppendorf behind barbed wire and under heavy military guard," with much more. Additional related articles are found on inside pages, including two large photos on page 3.

Note: Wikipedia states: "The treatment of the refugees at the camps caused an international outcry after it was claimed that the conditions could be likened to German concentration camps."