On the same day newspapers reported the Los Angeles Dodgers claiming the National League Pennant on the back of Sandy Koufax, page 7-D featured: "Holiday Offers Baseball Problem," which tells of Sandy deciding to not pitch the first game of the World Series because it was scheduled to fall on Yom Kippur. Although the article states it really isn't a big deal, his missing the first game would mean he would not be available to pitch 3 times if the series took 7 games, unless he pitched with only 2 days rest. In the end, he did pitch game 7 on only 2 days rest - won the game, and was named the Series MVP. See the images for details.
Other news, sports and advertisements of the day.
The issue is believed to be complete but is being sold for the content described. Good condition. 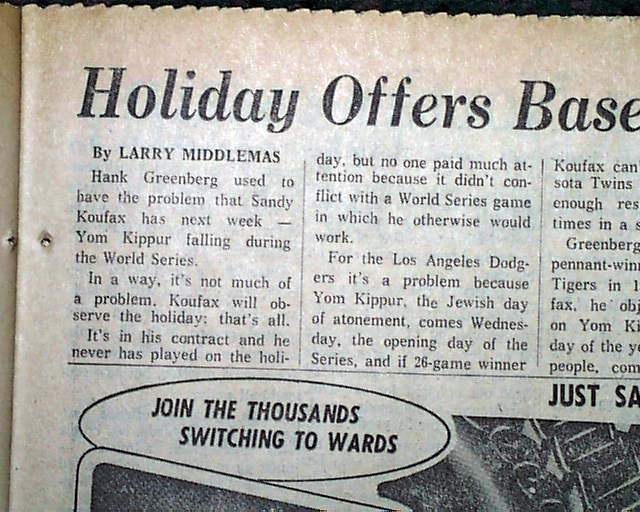 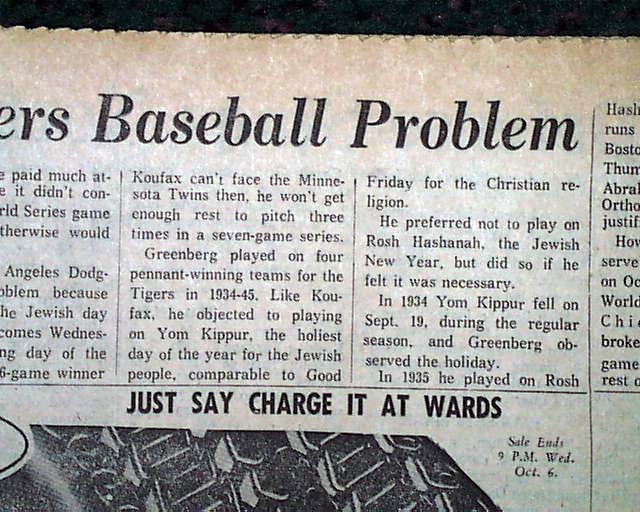 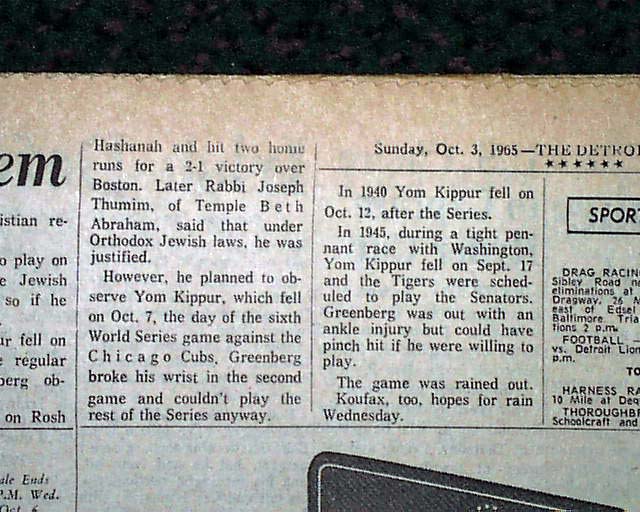 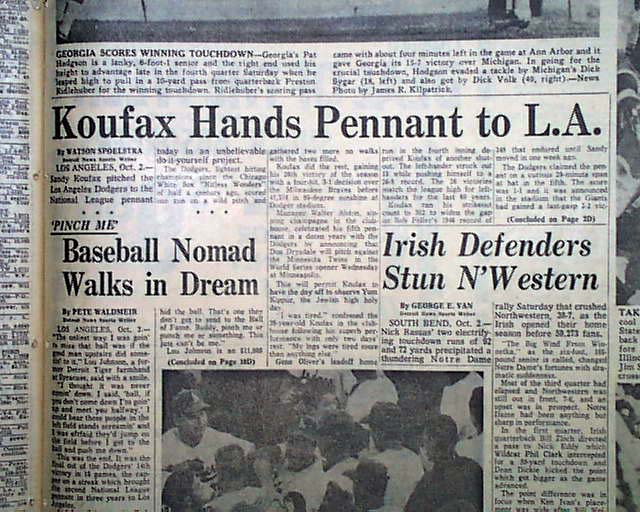 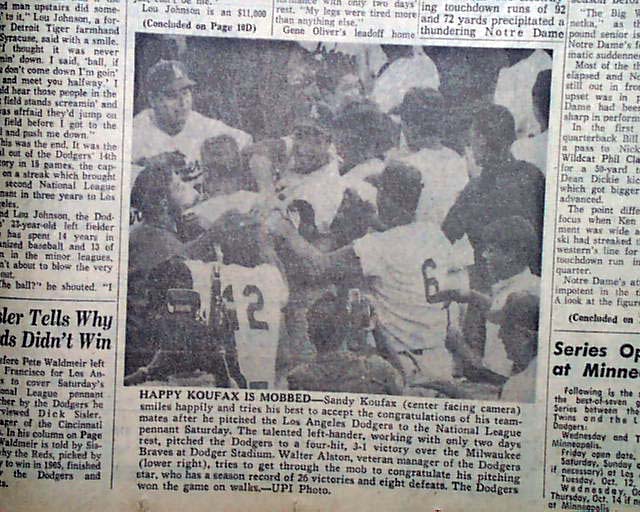 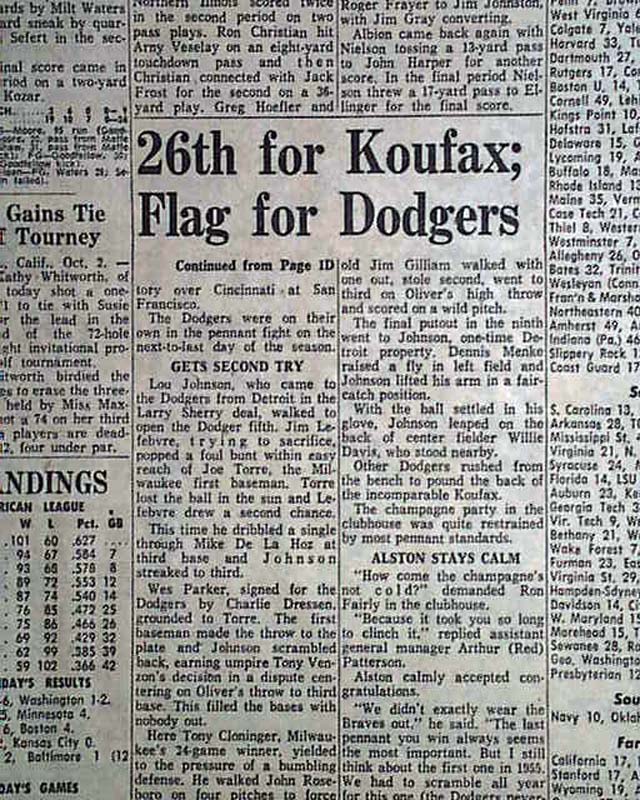 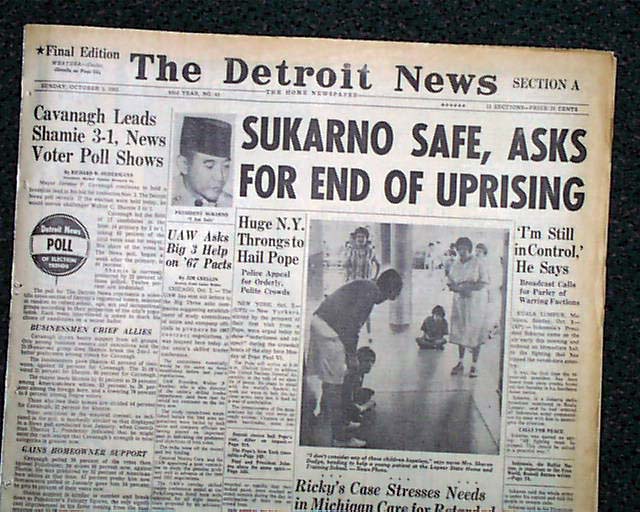 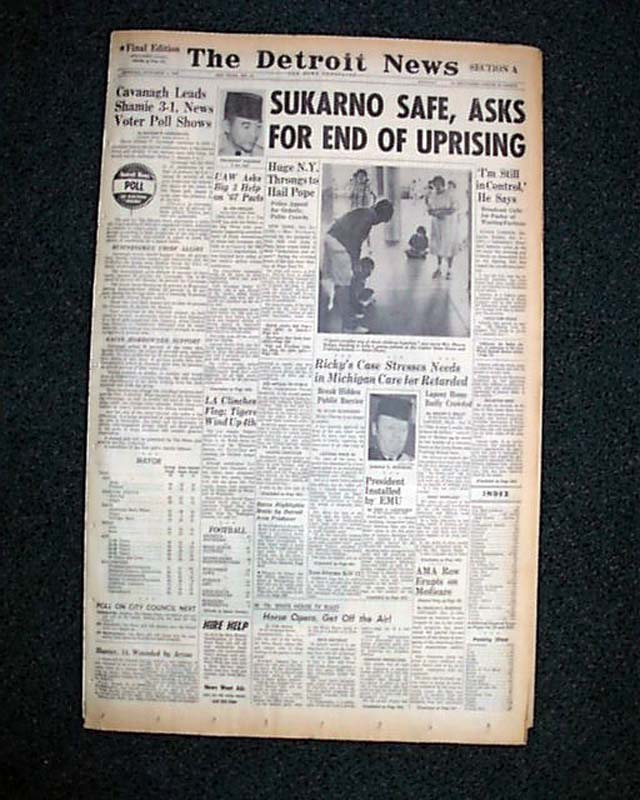