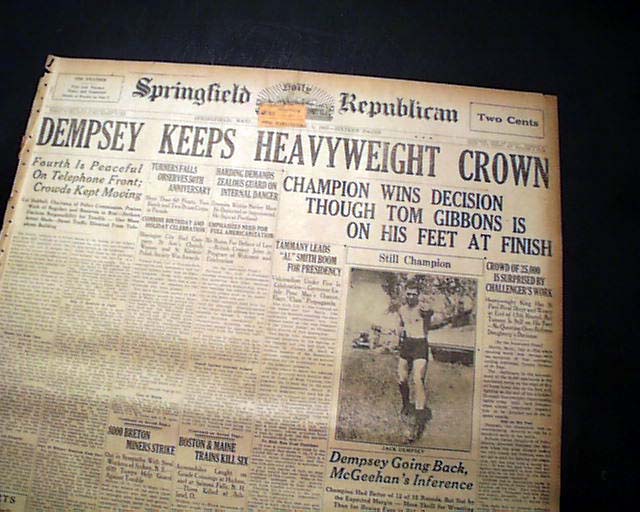 The top of the front page has a nice banner headline: "DEMPSEY KEEPS HEAVYWEIGHT CROWN" with subheads and photo. (see) Great for display. Round by round coverage inside.
Complete with all 16 pages, light toning and some wear at the margins, small library label in the masthead, otherwise good.

wikipedia notes: The aftermath was worse than the fight for Shelby: a large arena, the size of a football field, had been built. Since most of Shelby's residents and those of nearby cities could not afford ticket prices set so that the city could come up with the money guaranteed to the participants, only 7,702 paying fans showed up, making the fight one of the biggest economical disasters in boxing history. An estimated 13,000 people got to see the fight free. Four banks in Shelby went bankrupt in the months following the fight. The town's dreams of prosperity went away with them. 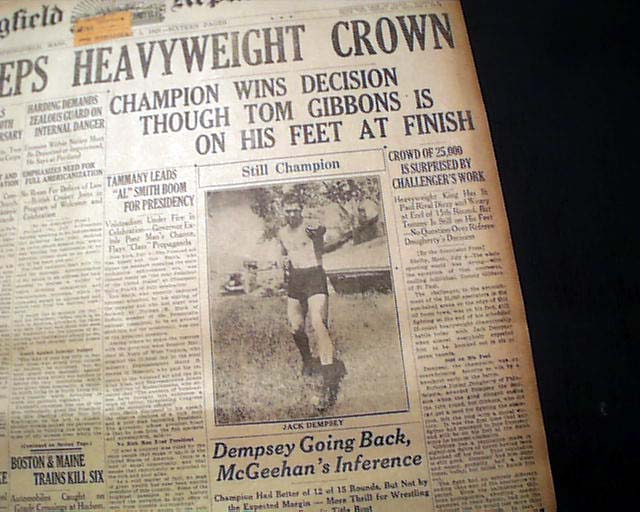 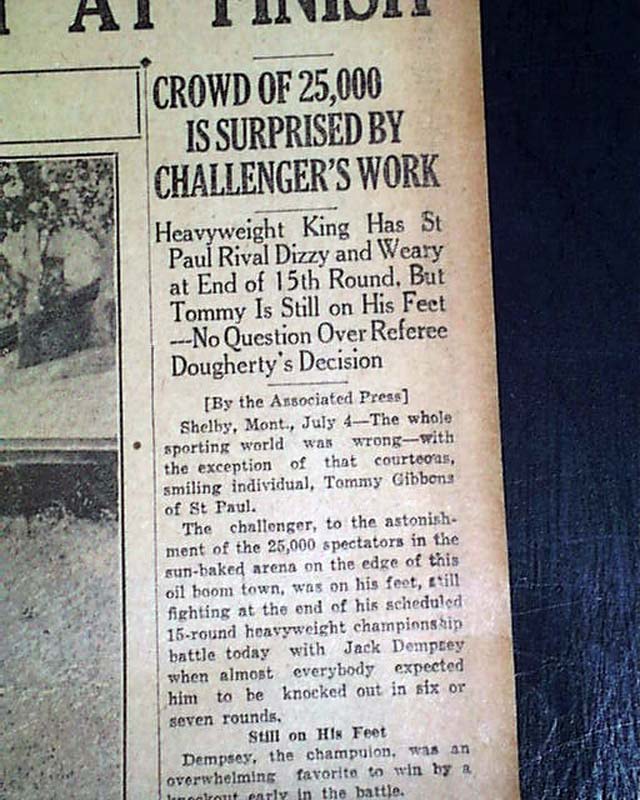 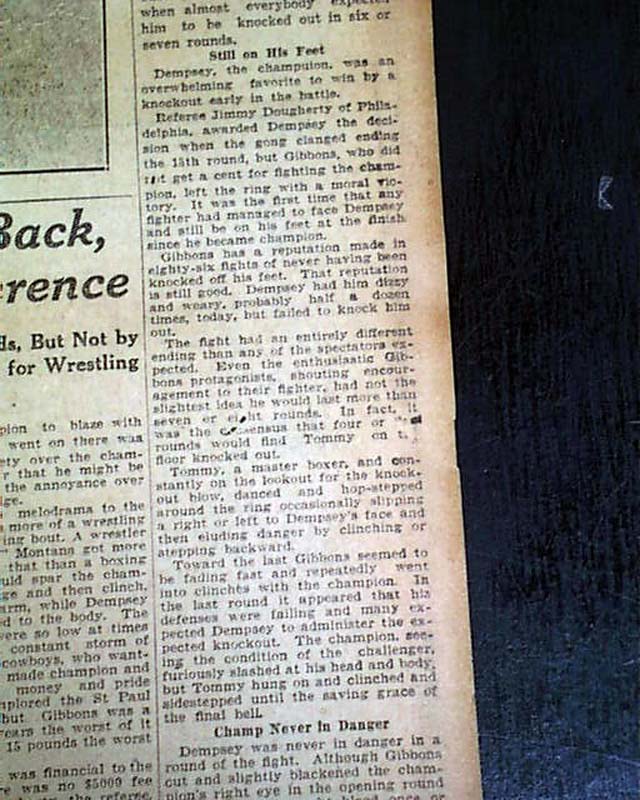 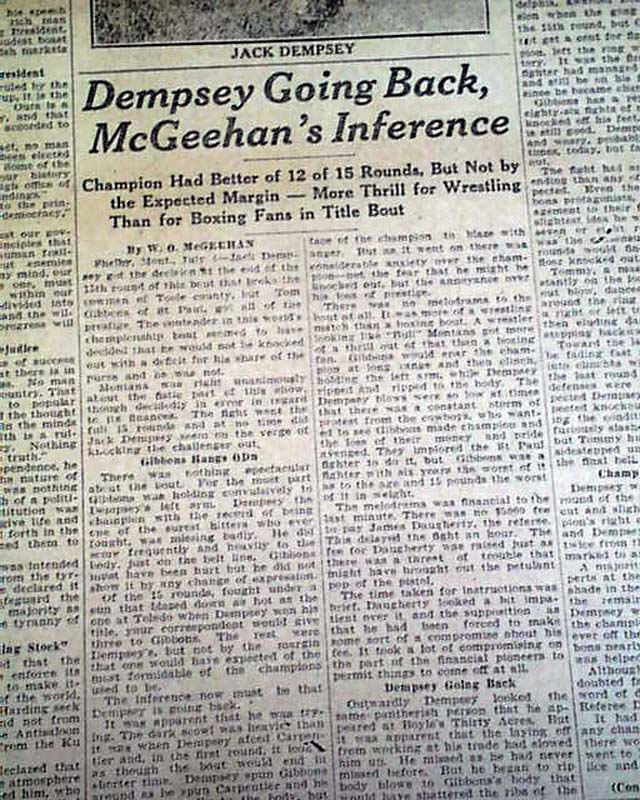 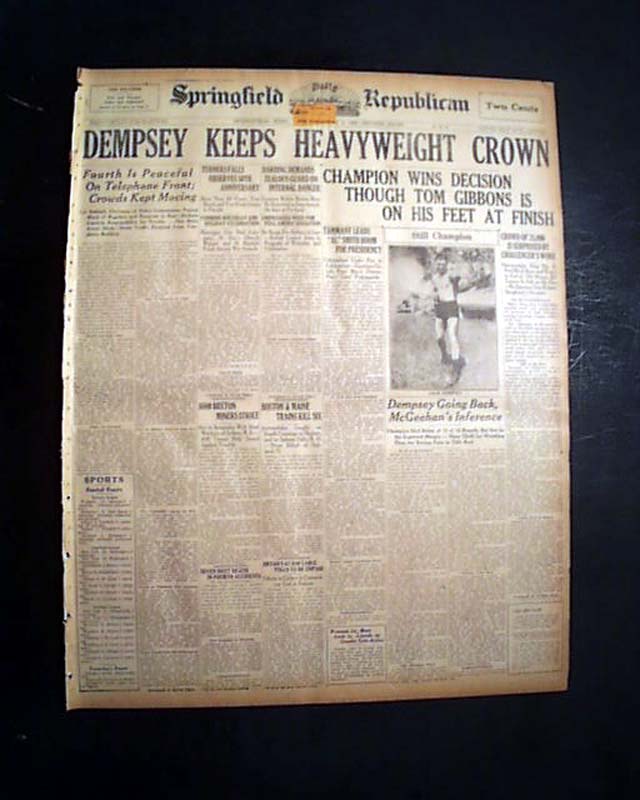 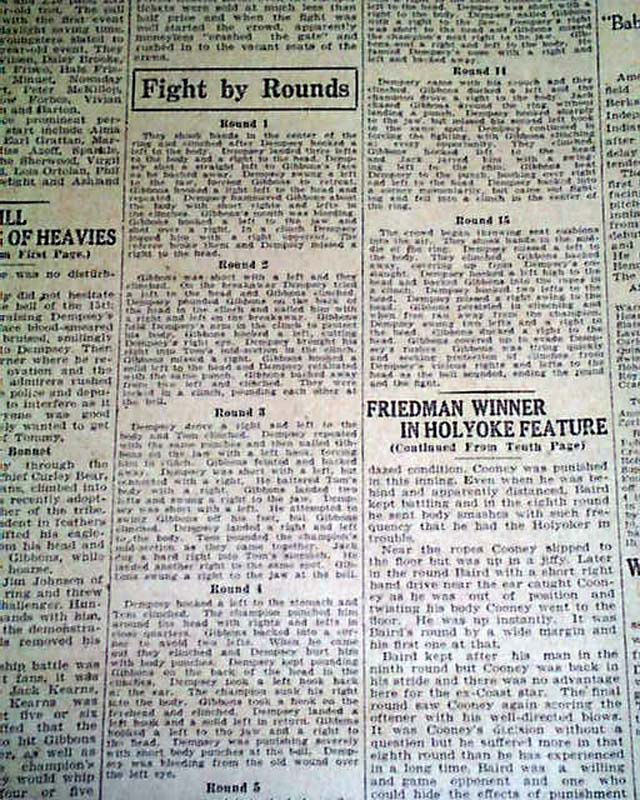