Home > Back to Search Results > Flag salute not mandatory...
Click image to enlarge 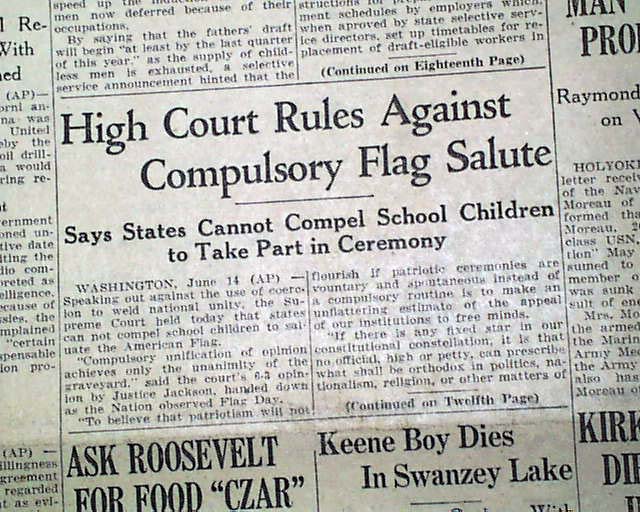 The front page has a two column heading: "High Court Rules Against Compulsory Flag Salute" with subhead. (see) This historic ruling stated that reciting the Pledge of Allegiance was not mandatory in schools, driven by a challenge by the Jehovah's Witnesses.
Other news, sports and advertisements of the day. Complete in 20 pages, light toning at the margins, generally nice.