Home > Back to Search Results > The 1926 World Series... Great for display...
Click image to enlarge 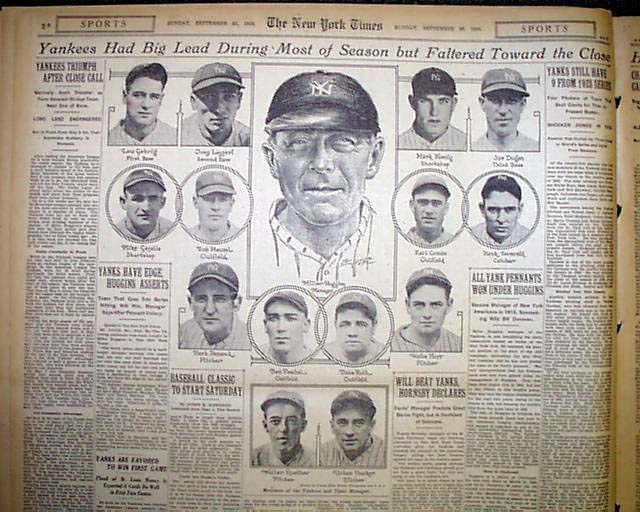 Pages 2 and 3 of the Sports Section have one of the best graphics we have seen showing the key players of both the New York Yankees and St. Louis Cardinals, who were soon to face off in the 1926 World Series. Players/coaches shown include individual shots of future Hall of Famers Babe Ruth, Lou Gehrig, Miller Huggins, Waite Hoyt, Tony Lazzeri, Herb Pennock, Rogers Hornsby, Grover Alexander, Jim Bottomley, Charlie (Chick) Hafey, Jesse Haines, and Billy Southworth. Multiple related articles are included.

Note: The Cardinals would eventually go on to defeat the Yankees in 7 games.

The issue is in good condition, has a slightly rough left margin, and includes both the Front and Sports Sections (see images). Must be handled with care as issues from this period a brittle.