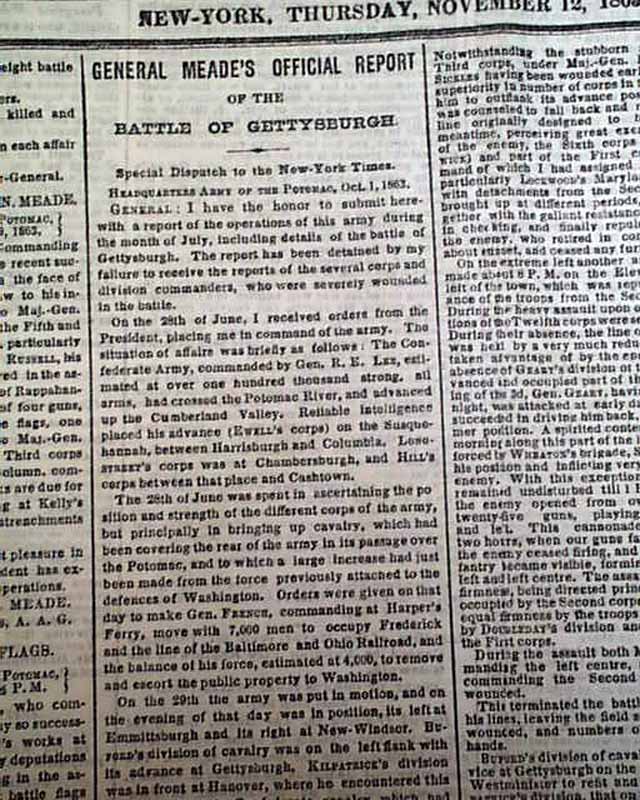 Certainly the most notable front page content is the lengthy report headed: "General Meade's Official Report of the Battle of Gettysburg" which takes up almost two full columns and is signed in type: Geo. G. Meade. An excellent accounting of this famous battle from the leader of the action.
Among Other column heads on the Civil War include: "THE ARMIES IN VIRGINIA" "Lee's Forces Reported to be Going Into Winter Quarters at Gordonsville" "Important Reconnoisances by Our Cavalry" "Brilliant Operations of Kilpatrick's Division" and more. (see)
Eight pages, nice condition.