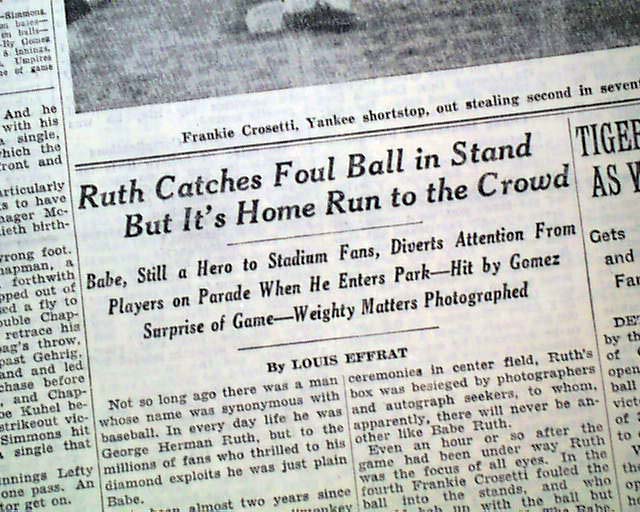 Page 18 has the two-column heading regarding Robert Wadlow: "Tallest Man Atop The Tallest Building", which includes a related photo and text. See image for details.
The sport's section (page 26) has a banner headline: "45,850 See Yanks Lose to Senators in Starting Pennant Defense at Stadium" with subheads and four related photos. First report coverage on opening day activities at Yankee Stadium.
Also on the same page is an article headed: "Ruth Catches Foul Ball in Stand But It's Home Run to the Crowd" with subhead. (see) The report suggests that Ruth's appearance to the game superseded fans and reporters attention from the game. And curious that he also caught a foul ball in the stands. Only found in this NYC title.
Other news, sports and advertisements of the day. Complete with all 48 pages, rag edition in nice condition.