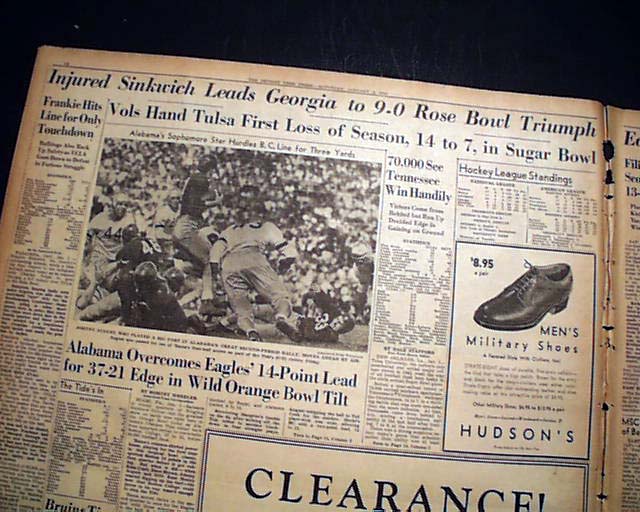 The sport's section has coverage on the four major bowl games with a page 12 banner headline: "Injured Sinkwich Leads Georgia to 9-0 Rose Bowl Triumph" First report coverage on the Rose, Orange, Cotton and Sugar Bowl games.
Other news, sports and advertisements of the day with much on World War II. Complete in 18 pages, light toning and a little wear at the margins, generally nice.