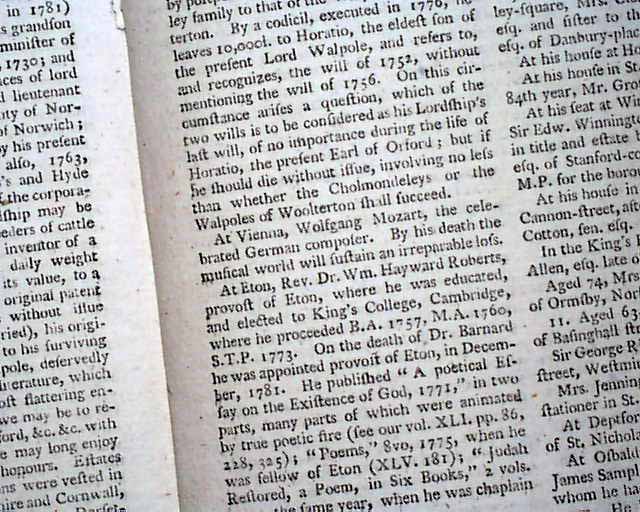 Presented inconspicuously among other death reports is a brief yet very notable report on the death of Wolfgang Amadeus Mozart, ending with a prophetic comment: "At Vienna, Wolfgang Mozart, the celebrated German composer. by his death the musical world will sustain an irreparable loss." (see). He died on December 5 making this a very timely report.
Also of curious interest is a report mentioning the finding of a stone pipe presented to William Penn by the Indians (see), as well as the text of the: "Epitaph On a Tomb-stone...To the memory of the venerable John Wesley...", the Father of Methodism who died in March of 1791. There is also a report of slaves revolting in Haiti.
Included are three full page plates, one of which shows the cathedral in Bristol, England, with ships in the foreground (see).
Complete in 96 pages, 5 by8 inches with a full title/contents page which features an engraving of St. John's  Gate. Very nice condition. 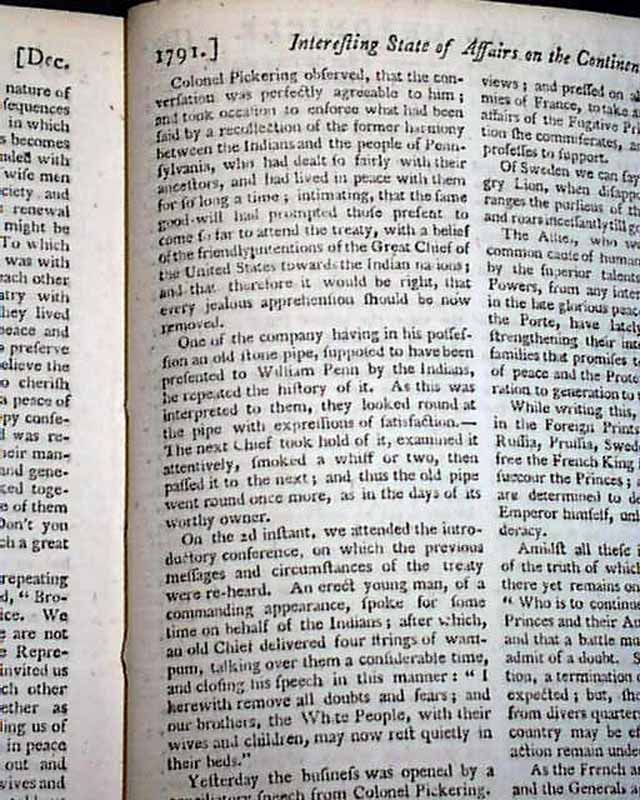 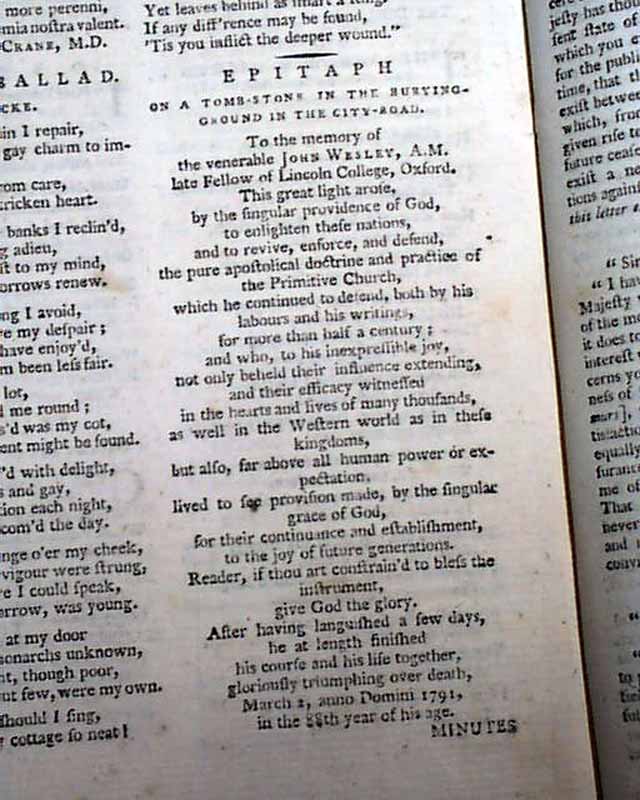 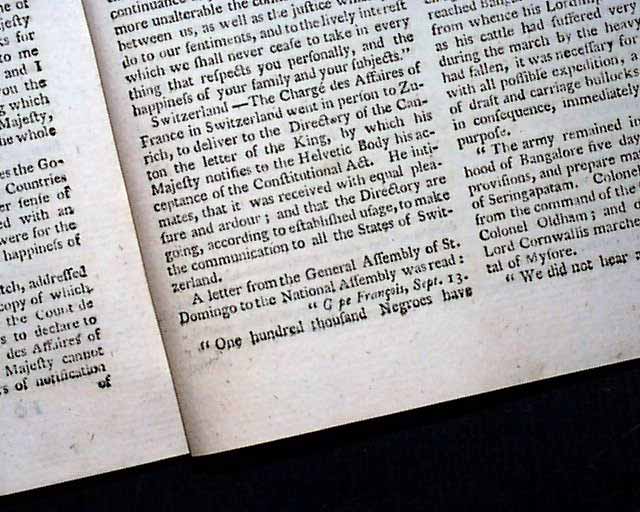 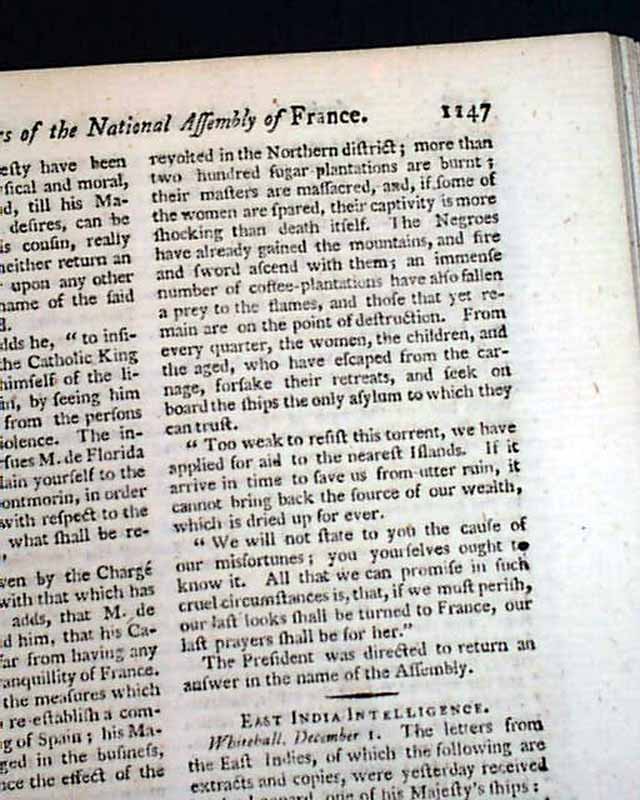 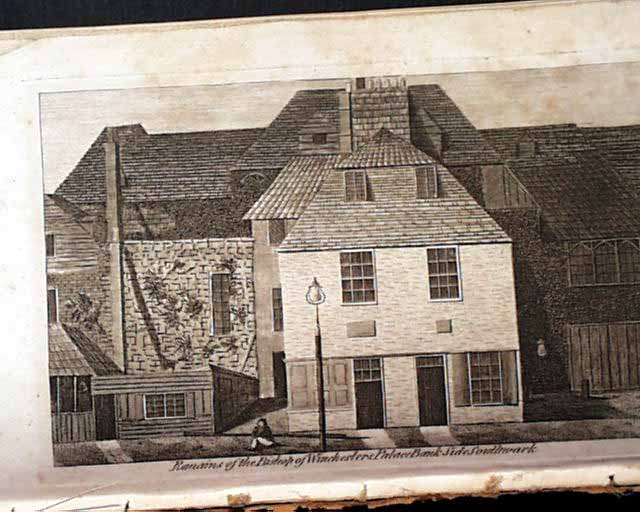 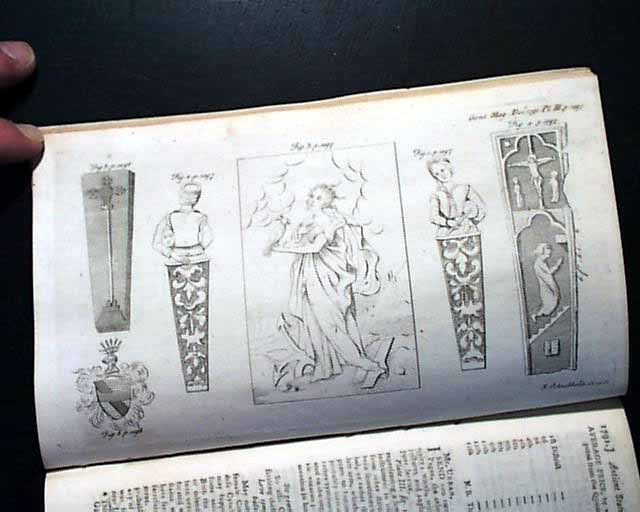 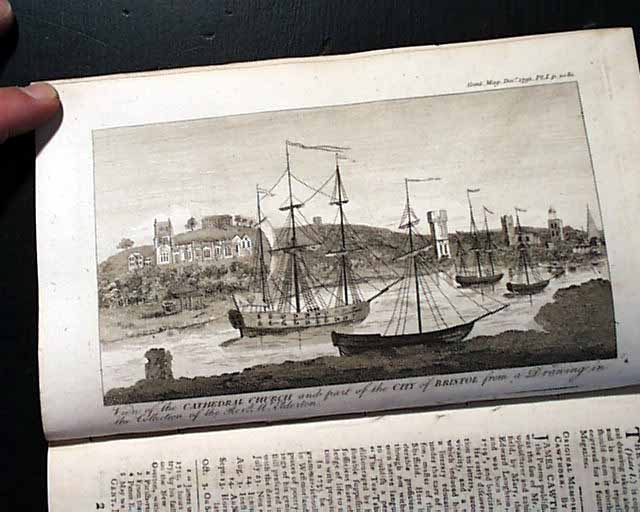 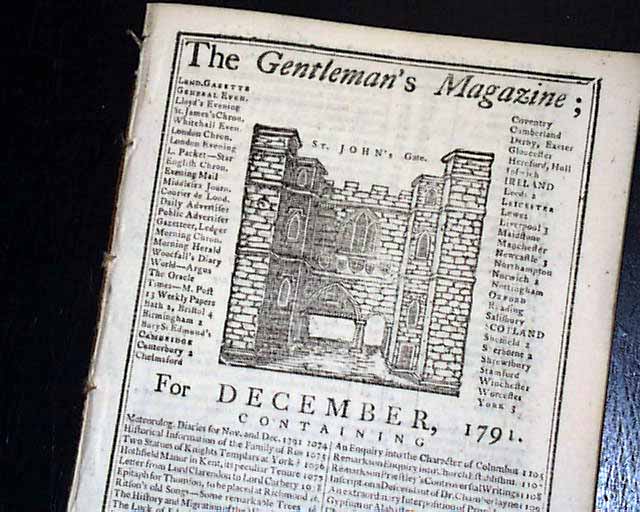 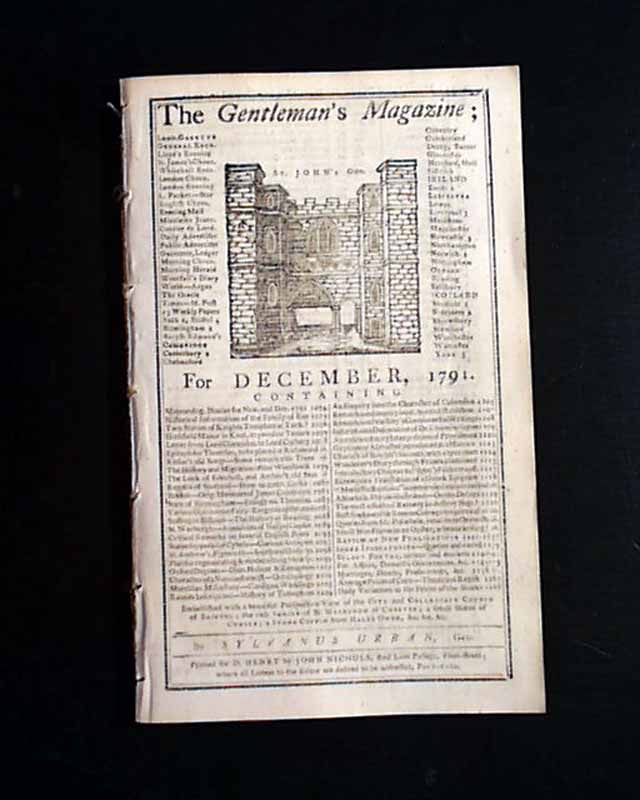