Home > Back to Search Results > Much on the Battle of Fort Oswego...
Click image to enlarge 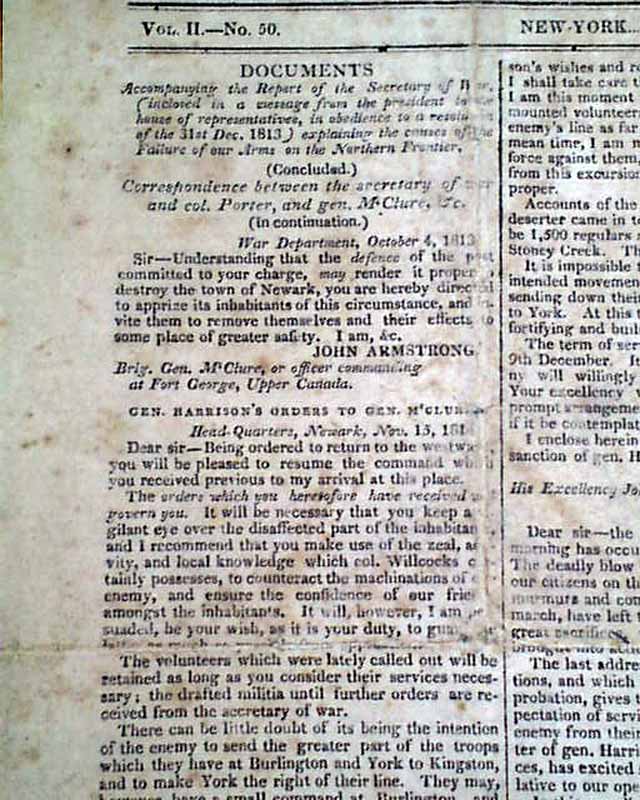 Much on the Battle of Fort Oswego...

All of the front page and half of pg. 2 are taken up with a continuation of the "Documents" concerning the failure of the U.S. military on the northern Frontier. Includes are letters signed in type by: Wm. H. Harrison, Geo McClure, and John Armstrong.
Also inside: "Attack On Oswego - American Official Account" which is on the Battle of Fort Oswego, plus: "British Official Account" "The British Official Account" of the attack on Oswego; "Gun-Boat Battle" "From Lake Ontario" "From Lake Champlain" "From Canada" and "General Summary" of various war reports.
Four pages, 9 3/4 by 12 in., never-trimmed margins, some wear at folds, good condition.