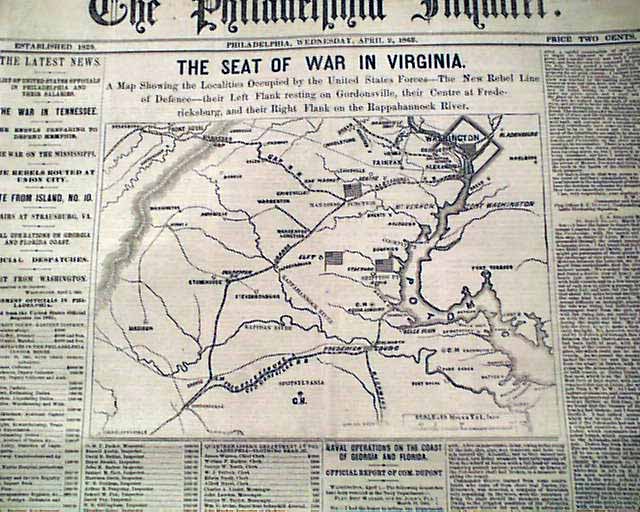 
PHILADELPHIA INQUIRER, April 2, 1862  The front page is dominated by a large & detailed Civil War map headed: "The Seat of War In Virginia" (see). Among the ftpg. column heads are: "The War In Tennessee" "The Rebels Preparing to Defend Memphis" "The War On the Mississippi" "The Rebels Routed at Union City" "Affairs at Strausburg, Va." "Naval Operations on the Coast of Georgia and Florida - Official Report of Com. Dupont" and more.
Eight pages, nice condition.