Home > Back to Search Results > Battle of Rappahannock...
Click image to enlarge 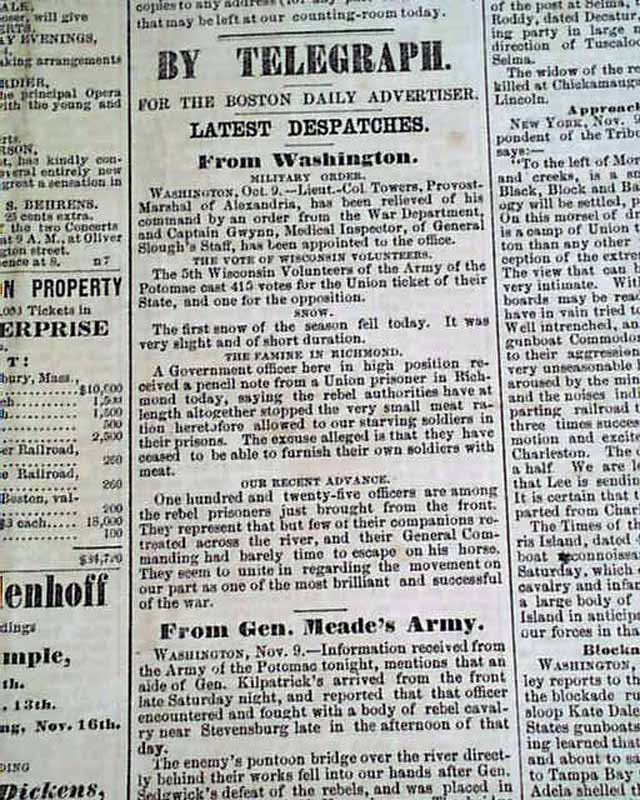 Page 2 has a quite lengthy & detailed account on the Battle of the Rappahannock, headed: "Advance Upon the Rappahannock" "Particulars of Saturday's Battle". Included is a name list of "The Casualties". It was a Union victory.
The ftpg. has: "From Gen. Meade's Army" "The Bombardment of Fort Sumter" "From the Armies In Virginia" "A Victory in West Virginia" and more.
Four pages, large folio size, nice condition. The folder size noted is for the issue folded in half.