Home > Back to Search Results > Shah of Iran abdicates...
Click image to enlarge 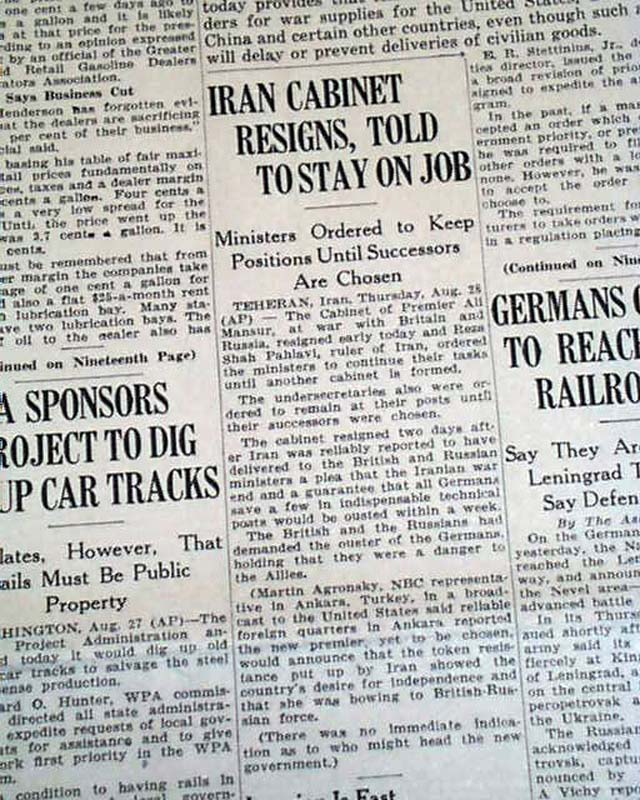 * Reza Shah of Iran abdicates throne to his son

The front page has a one column heading: "IRAN CABINET RESIGNS, TOLD TO STAY ON JOB" with subhead. First report coverage on the abdication of Reza Shah in Iran.
Other news, sports and advertisements of the day with much on World War II. Complete in 22 pages, light toning and some wear at the margins, irregular along the spine, otherwise good.