Home > Back to Search Results > Persecution of Jews in 1938 Berlin....
Click image to enlarge 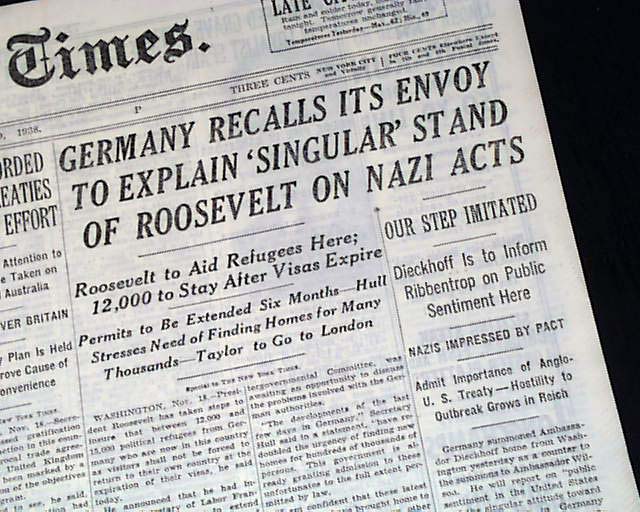 The top of the front page has a three column headline: "GERMANY RECALLS ITS ENVOY TO EXPLAIN 'SINGULAR' STAND OF ROOSEVELT ON NAZI ACTS" with various subheads. Coverage on the ongoing persecution of Jews shortly after Kristallnacht (night of broken glass).
Other news, sports and advertisements of the day. Complete in 34 pages, rag edition in nice condition.