Home > Back to Search Results > 1950 Preston Tucker not guilty...
Click image to enlarge 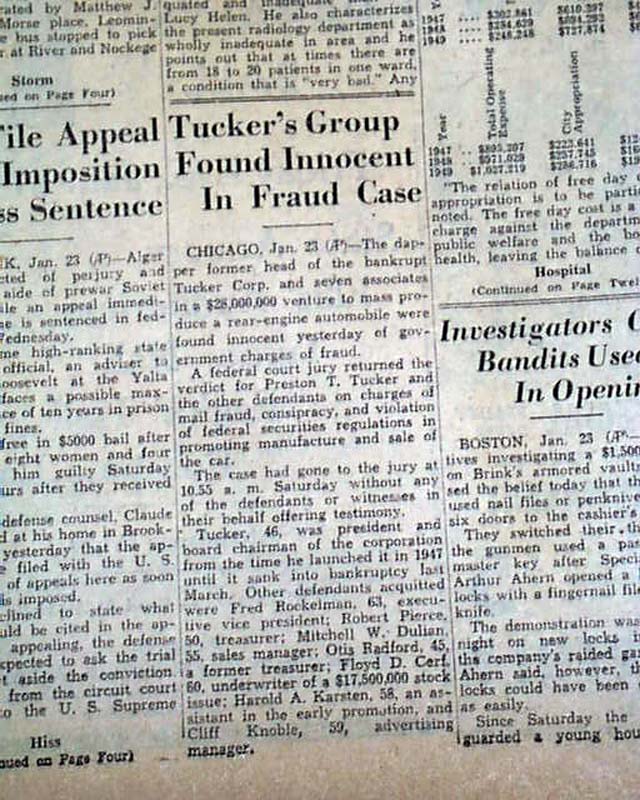 The bottom of the of front page has a one column heading: "Tucker's Group Found Innocent In Fraud Case" (see)
Complete with 14 pages, light toning and minor wear at the margins, generally nice.