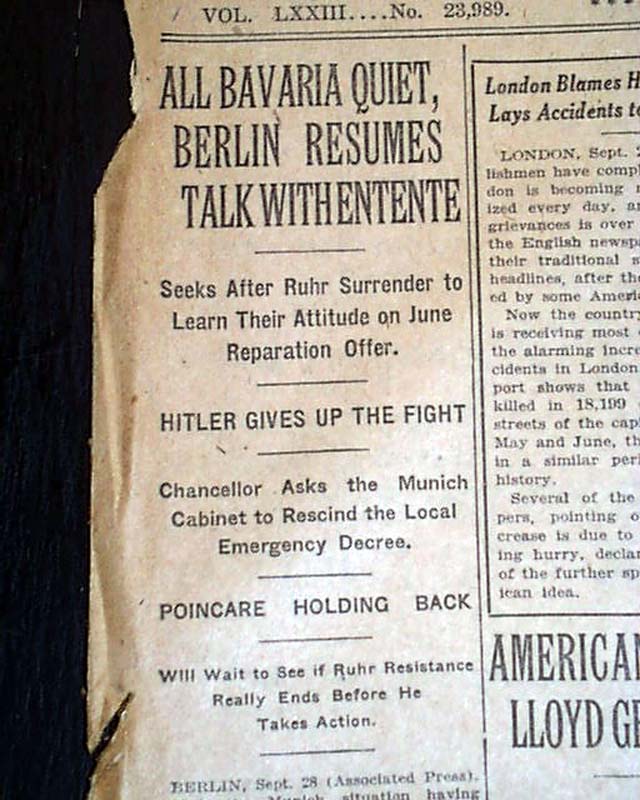 The top of the front page has a one column heading: "ALL BAVARIA QUIET, BERLIN RESUMES TALK WITH ENTENTE" with subheads. (see) Very early coverage of Hitler here.
Other news, sports and advertisements of the day. Complete in 16 pages, light toning, irregular along the spine, generally good.