Home > Back to Search Results > Pirate troubles in the Caribbean...
Click image to enlarge 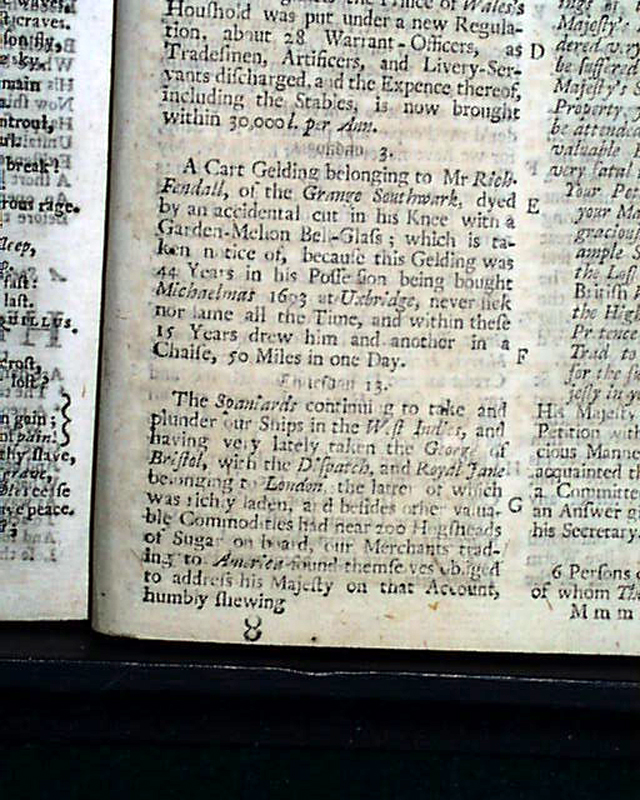 Item # 650319 THE GENTLEMAN'S MAGAZINE, London, October, 1737  Among the articles noted in the table of contents are: "Some regular Troops necessary in a free Government against Civil Insurrections" "Tumults, How Best Suppressed" "Arbitrary Power the Consequence of Popery and the Jacobite Scheme" and more.
Near the back is a section headed: "Historical Chronicle" with news from England & other parts of Europe. Included is a report  which discusses the problem with pirates in the Caribbean, with the article containing: "The Spaniards continuing to take & plunder our ships in the West Indies, & having very lately taken the George...our merchants trading to America found themselves obliged to address his Majesty on that account...the fair & lawful trade of your Majesty's subjects to the British Plantations in America hath been greatly interrupted...not only by their ships having been frequently stopped & searched but also forcibly & arbitrarily seized on the High Seas..." with more (see photos).
There are no plates or maps called for in this issue.
Complete in 62 pages full title/index page featuring an engraving of St. John's Gate. 5 by 8 inches, even toning, otherwise in good condition.