Home > Back to Search Results > Discussing the Navy... The slave trade...
Click image to enlarge 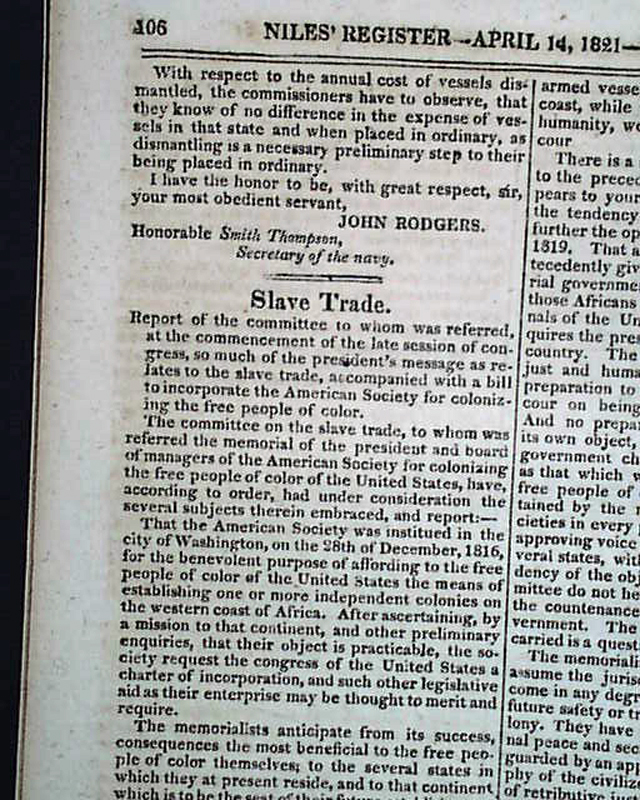 Discussing the Navy... The slave trade...


NILES' WEEKLY REGISTER, Baltimore, Maryland, April 14, 1821  Over two pages are taken up with a lengthy & detailed report headed: "Navy of the United States" with discussion on costs of operations, etc. The report is signed in type by: John Rodgers. Nearly 1 1/2 pages are taken up with: "Slave Trade" which has much discussion on this controversial subject (see for portions).
Complete in sixteen pages, 6 by 9 1/2 inches, very nice condition.