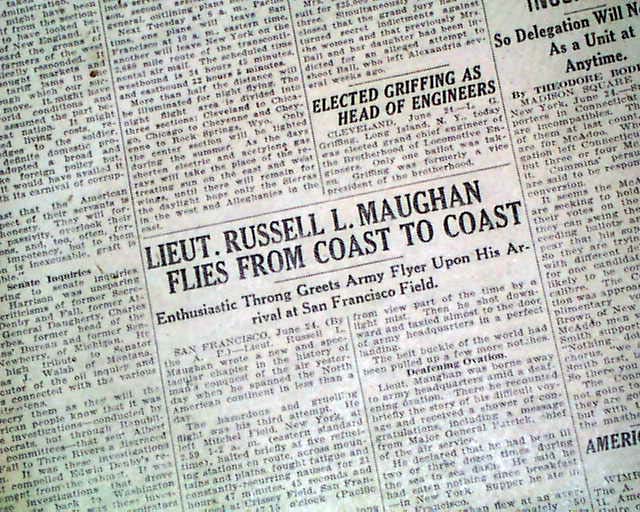 The front page has a two column heading: "LIEUT. RUSSELL L. MAUGHAN FLIES FROM COAST TO COAST" with subhead. (see) First report coverage on Russell Maughan becoming the first person to fly across the United States from coast to coast within the hours of daylight.
Other news, sports and advertisements of the day. Complete with all 14 pages, a few small small binding holes along the spine, generally nice.

wikipedia notes: On June 23, 1924, his third attempt succeeded, the first Dawn-to-dusk transcontinental flight across the United States. The flight was made in six legs, with an actual flying time of 18 hours and 20 minutes, at an average ground speed of more than 156 mph.