Home > Back to Search Results > Great on the Battle of Rhode Island...
Click image to enlarge 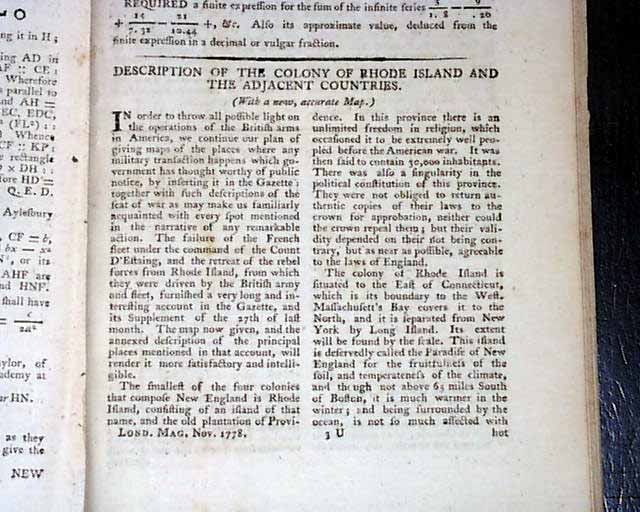 Great on the Battle of Rhode Island...

A full page is devoted to a: "Description  Of The Colony of Rhode Island and  The Adjacent Counties", of interest at that time due to the actions of war occurring there (the map called for is lacking). Also a review of a book: "Considerations on the Mode and Terms of a Treaty of Peace With America".
Of special significance is a very lengthy & detailed letter from Major-General Pigot to General Clinton reporting on the historic Battle of Rhode Island, in addition to the actions just preceding it (see). There are additional reports from the Revolutionary War including some items concerning events near Martha's Vineyard.
Complete in 48 pages, full title/contents page, 5 1/4 by 8 1/4 inches, very nice condition. Lacking both plates called for. 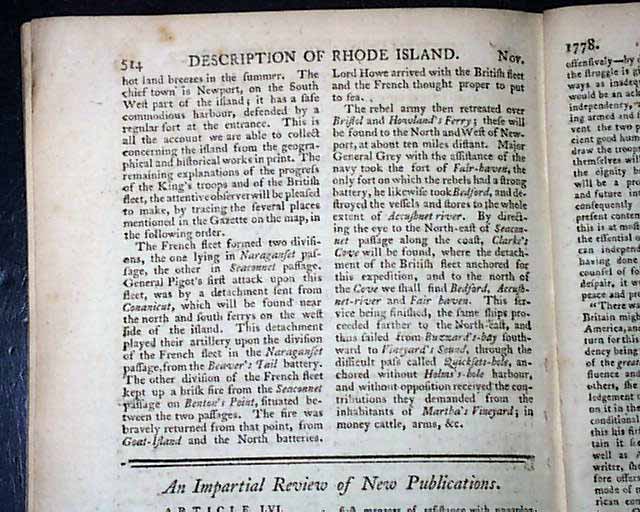 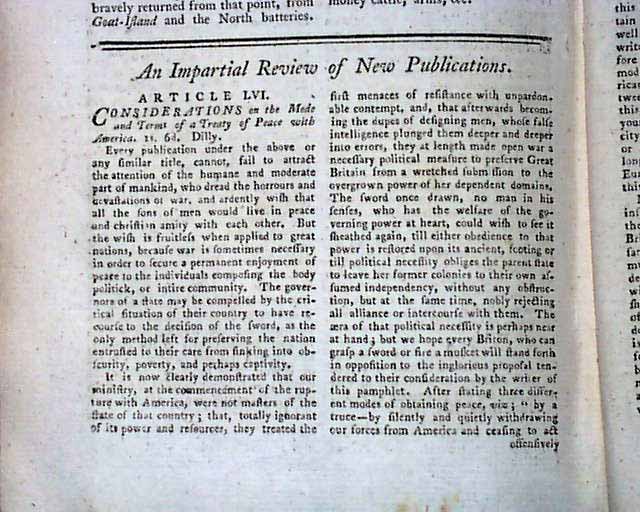 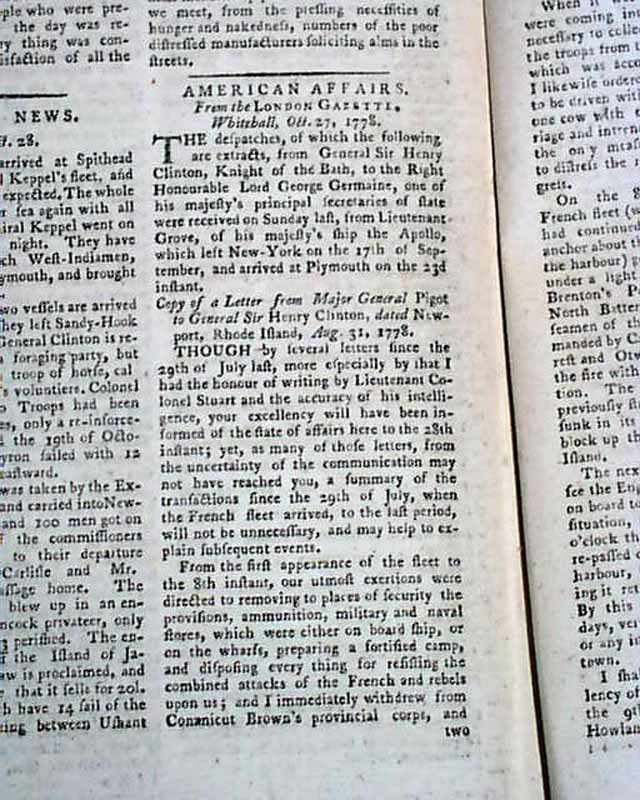 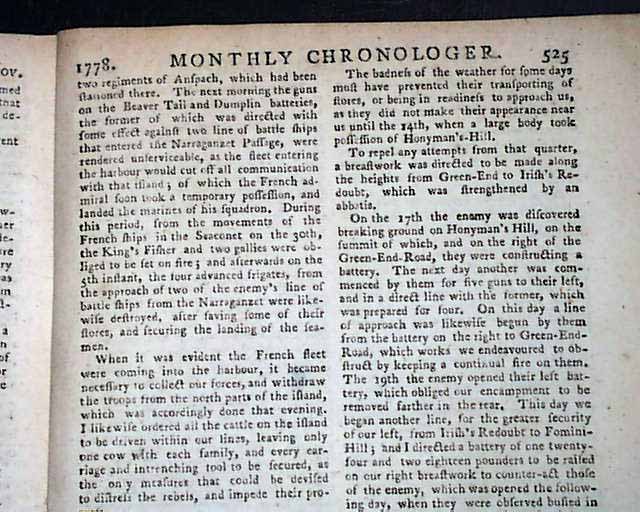 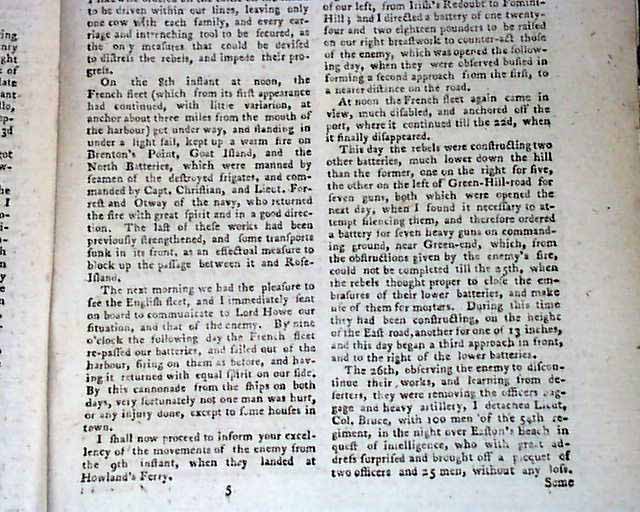 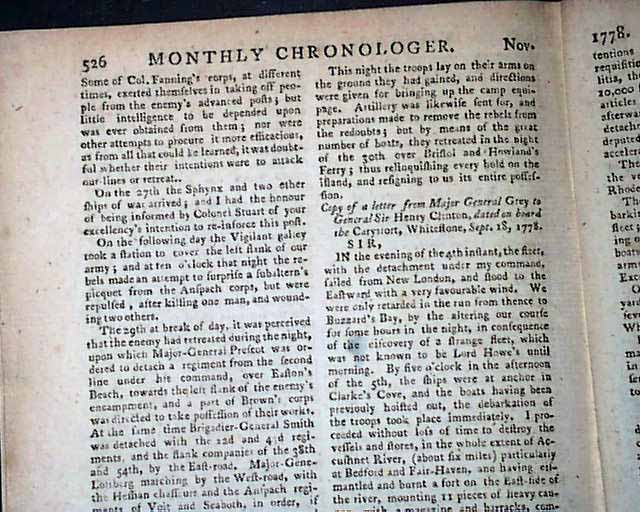 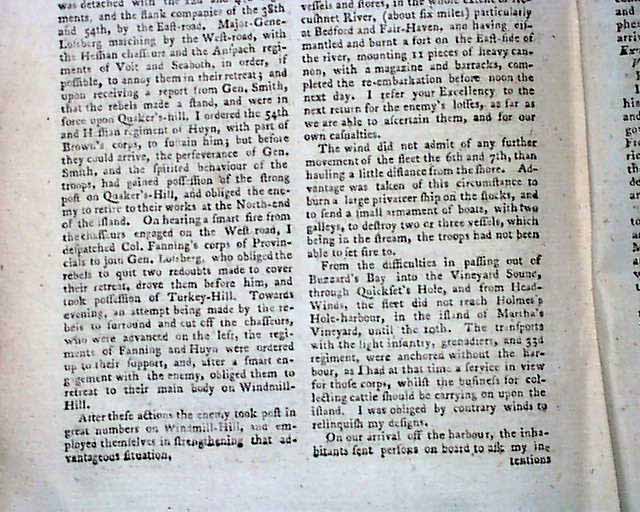 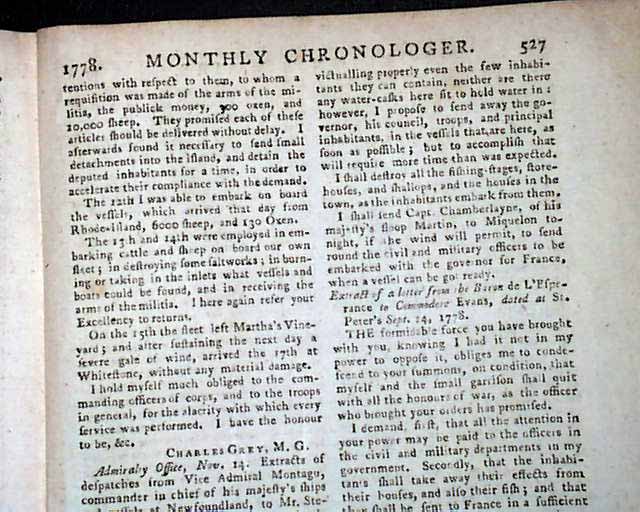 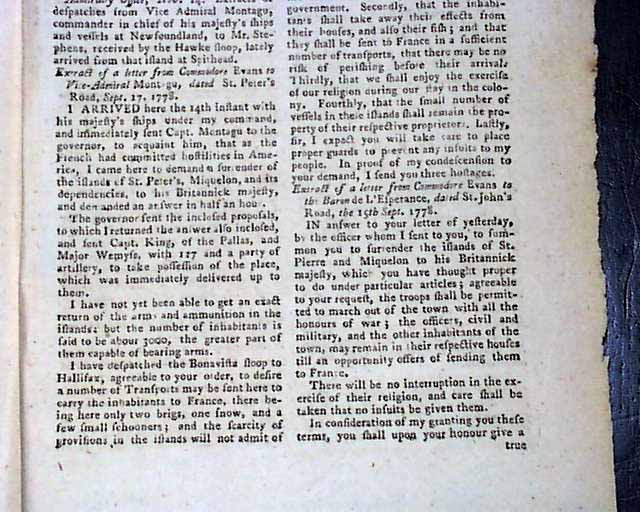 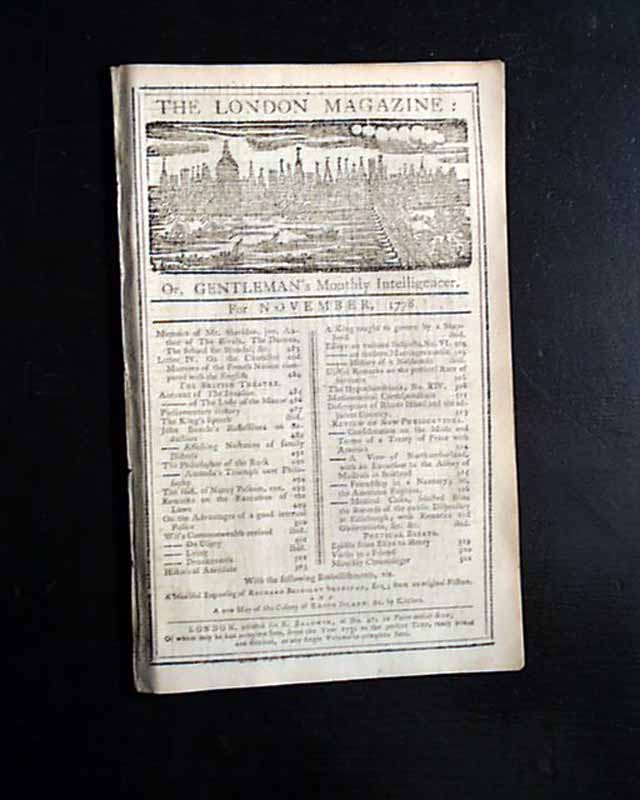