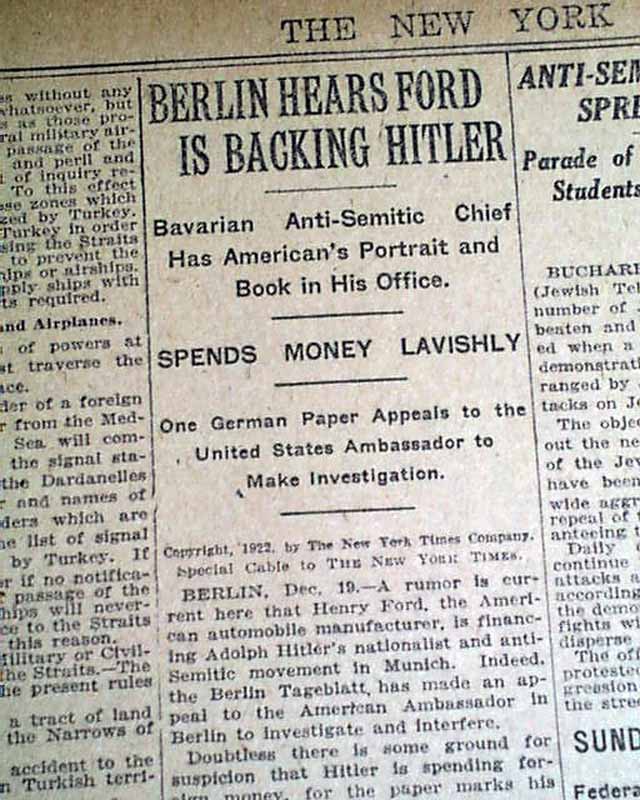 Page 2 has a one column heading: "BERLIN HEARS FORD IS BACKING HITLER" with subheads. (see)
Other news, sports and advertisements of the day. Complete with all 40 pages, light toning, irregular along the spine, generally nice.