Home > Back to Search Results > On Loyalists evacuating...
Click image to enlarge 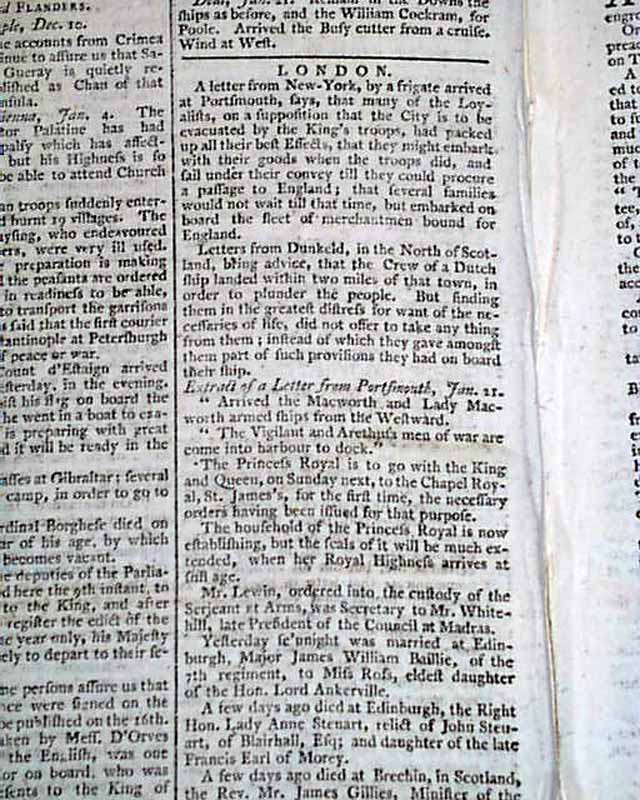 Inside has: "A letter from New York...says that many of the Loyalists, on a supposition that the city is to be evacuated by the King's troops, had packed up all their best effects that they might embark with their goods when the troops did & sail under their convey till they could procure a passage to England...". The back page has a similar report: "...from South Carolina the beginning of last  month, about which period it was evacuated by his Majesty's troops...In these ships most of the inhabitants who had shewn particular attachment to his Majesty's cause, embarked--some few of them proceeded to New York; many more to St. Augustine & the British West Indies...".
Eight pages, 8 1/4 by 11 1/44 inches, very nice condition.