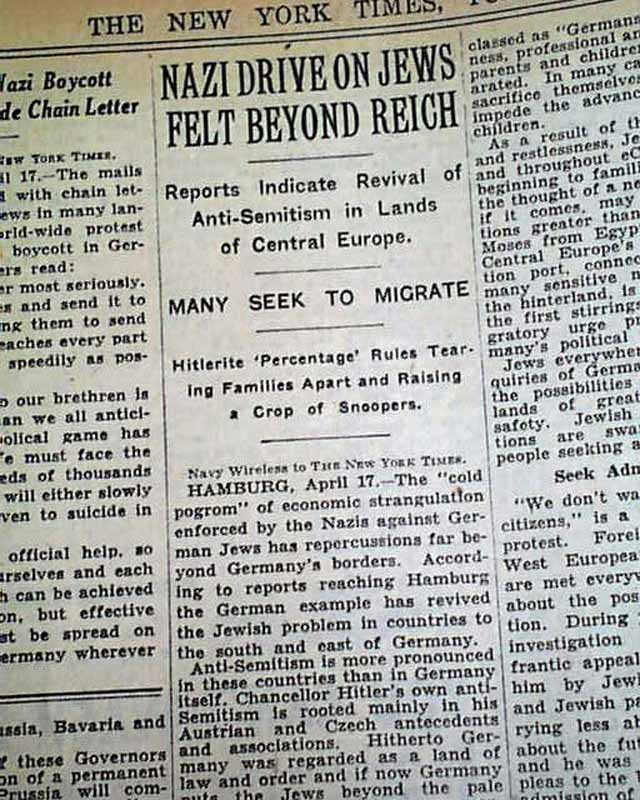 The top of page 10 has a one column heading: "NAZI DRIVE ON JEWS FELT BEYOND REICH" with subheads. (see) A few other related articles. 1933 was a very tumultuous time in Germany with the recent appointment of Adolph Hitler as Chancellor. Things would only get worse before the outbreak of World War II in 1939.
Other news, sports and advertisements of the day throughout. Complete in 34 pages, light toning at the margins, address stamp in the masthead, generally nice.