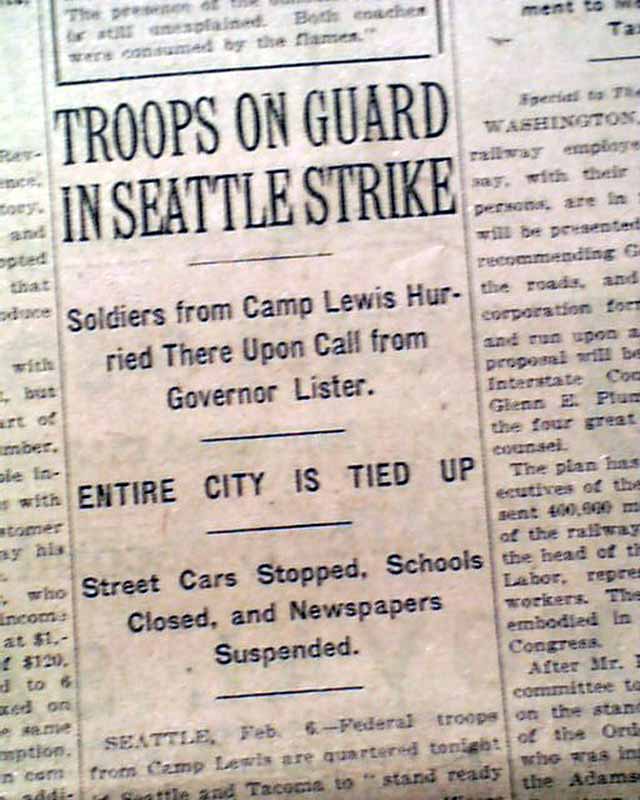 The front page has a one column heading: "TROOPS ON GUARD IN SEATTLE STRIKE" with subheads. (see) Always nice to have notable events in history reported in this World famous publication.
Other news, sports and advertisements of the day. Complete with all 22 pages, a few stamps in the masthead, generally nice.