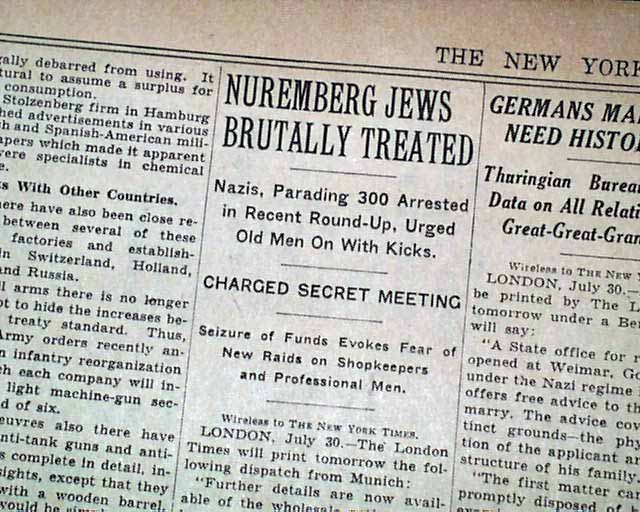 The top of page 6 has a one column heading: "NUREMBERG JEWS BRUTALLY TREATED" with subheads. (see) Coverage on the persecution of the Jewish population in Nuremberg, Bavaria, Germany. This was when Adolph Hitler was quickly gaining power and the establishment of the Third Reich was near completion. What better evidence to confirm of what really happened then having a 1st hand account from the day it was first reported. Always nice to have notable events in history reported in this World famous publication.
Other news, sports and advertisements of the day. Complete in 28 pages, light toning with a little wear at the margins, generally good. Should be handled with care.