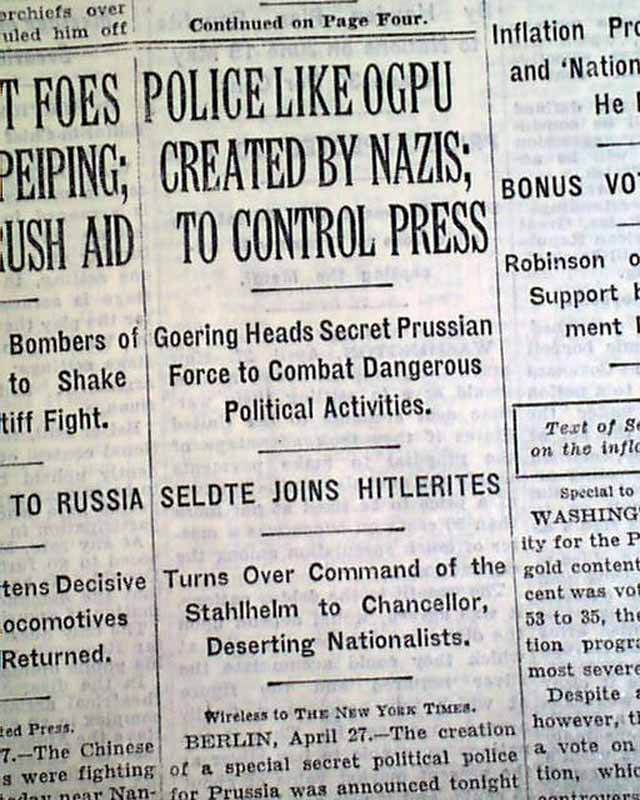 The front page has one column headings: "POLICE LIKE OGPU CREATED BY NAZIS" "Goering Heads Secret Prussian Force to Combat Dangerous political Activities"\ "Seldte Joins Hitlerites" "Turns Over Command of the Stahlhelm to Chancellor, Deserting Nationalists". First report coverage on the creation of the Gestapo, the official secret police of Nazi Germany. They would play a important role in the eventual Jewish Holocaust.
Other news, sports and advertisements of the day. Complete with all 38 pages, rag edition in nice condition.