Home > Back to Search Results > Adolph Hitler released from prison in 1924 ...
Click image to enlarge 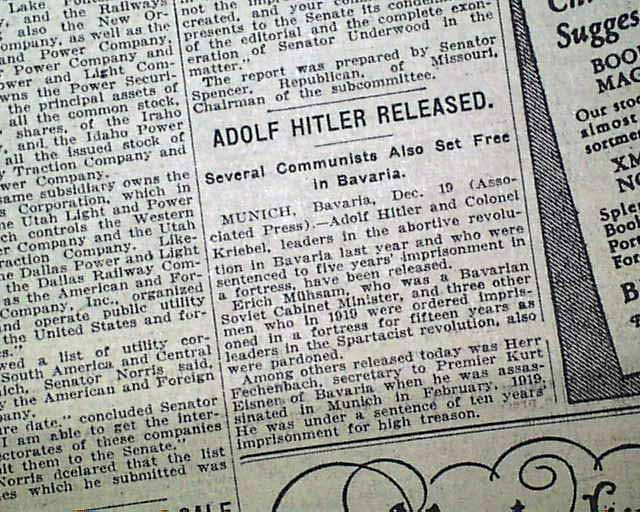 Page 3 has a small and somewhat discrete report with the headings: "Adolph Hitler Released" and "Several Communists Also Set Free in Bavaria" See image for brief text here. First report copverage on Adolph Hitler being released from Landsberg Prison in Bavaria, Germany. It was here where Hitler obtained his political ideology and wrote the book "Mein Kampf" A small report here because Hitler was a somewhat unknown at the time. A early report on the eventual dictator of Germany many years later. Very rare as such.
Other news, sports and advertisements of the day. Complete with all 32 pages, light toning at the margins, a little spine wear, generally nice.