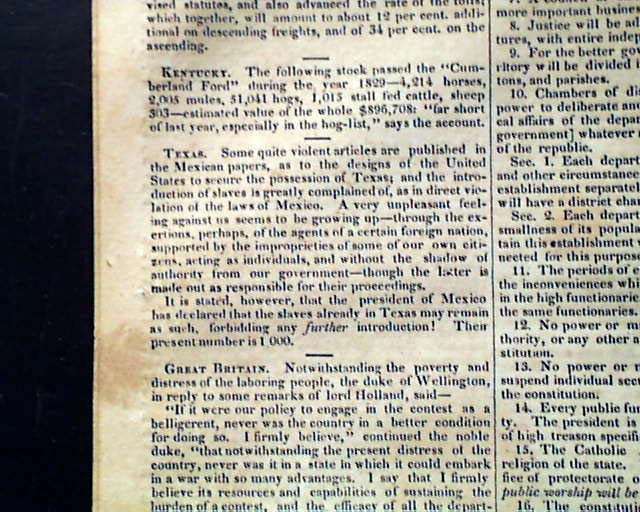 
NILES WEEKLY REGISTER, Baltimore, April 3, 1830  Page 4 has: "Texas" which reports in part: "Some quite violent articles are published in the Mexican papers as to the designs of the United States to secure the possession of Texas; and the introduction of slaves in s greatly complained of...that the president of Mexico has declared that the slaves already in Texas may remain as such...".
Sixteen pages, 6 1/4 by 9 inches, nice condition.