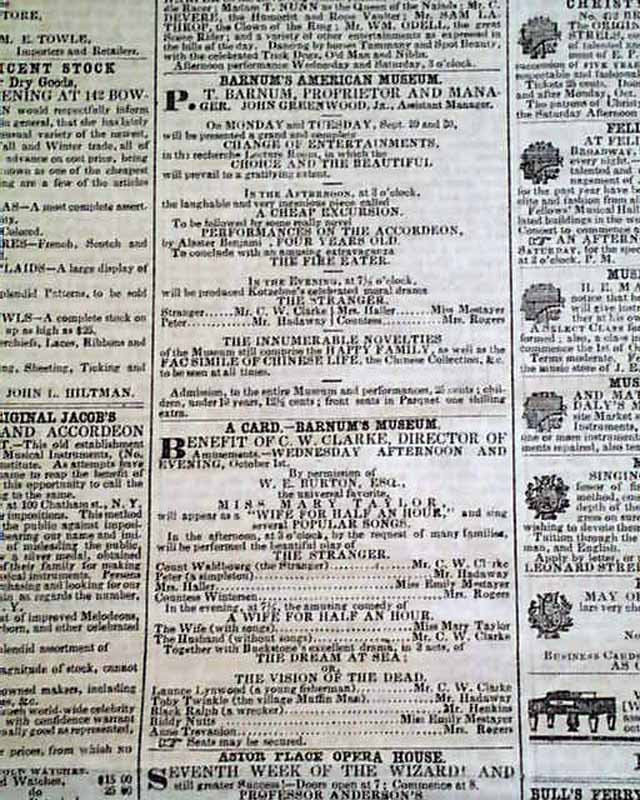 
SUNDAY TIMES, September 28, 1851  In addition to the phenomenal masthead, page 3 has an ad for "Barnum's American Museum". Another ad is for a performance by Catherine Hayes at Tripler Hall, on her maiden tour of the United States. Later, in 1852 and 1853, she would be sponsored by P.T. Barnum. The Daily Express, London, has said: "Hayes was the 'Madonna' of her day; she was the 19th-century operatic equivalent of the world's most famous pop star." Other news of the day and period advertising is present throughout.
Four pages, occasional light foxing, rough edges, but overall good.
NOTE: The issue measures approximately 21 1/4 by 28 1/2 inches. It will be shipped folded at the mid-fold. If purchasing a folder, we recommend keeping the issue folded at the mid-fold and placed into a 24 x 18 inch folder for protection.