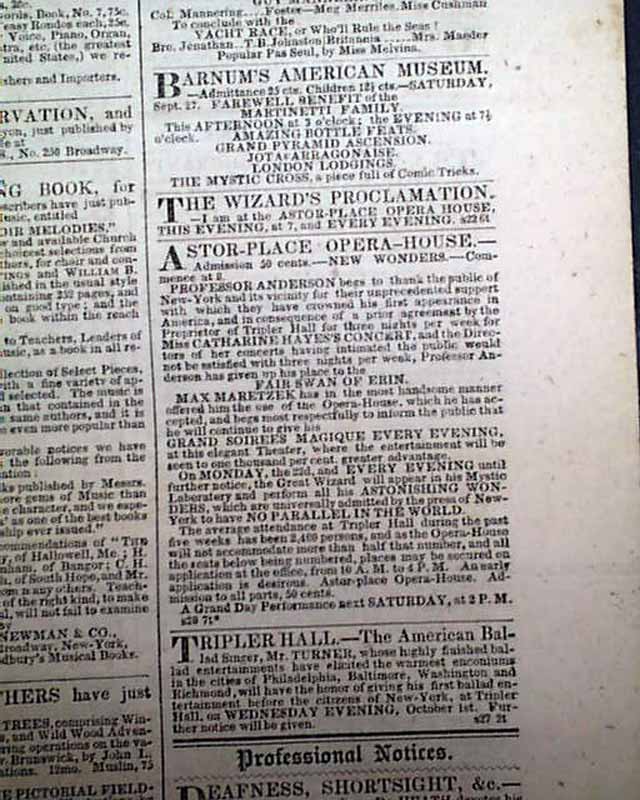 
NEW YORK DAILY TRIBUNE, September 27, 1851  The front page has a small ad for "Barnum's American Museum". Another ad is for a performance by Catherine Hayes, on her maiden tour of the United States. Later, in 1852 and 1853, she would be sponsored by P.T. Barnum. The Daily Express, London, has said: "Hayes was the 'Madonna' of her day; she was the 19th-century operatic equivalent of the world's most famous pop star." Other news of the day and period advertising is present throughout. Nice to have on the front page of a New York paper.
Eight pages, occasional light foxing, overall nice condition.