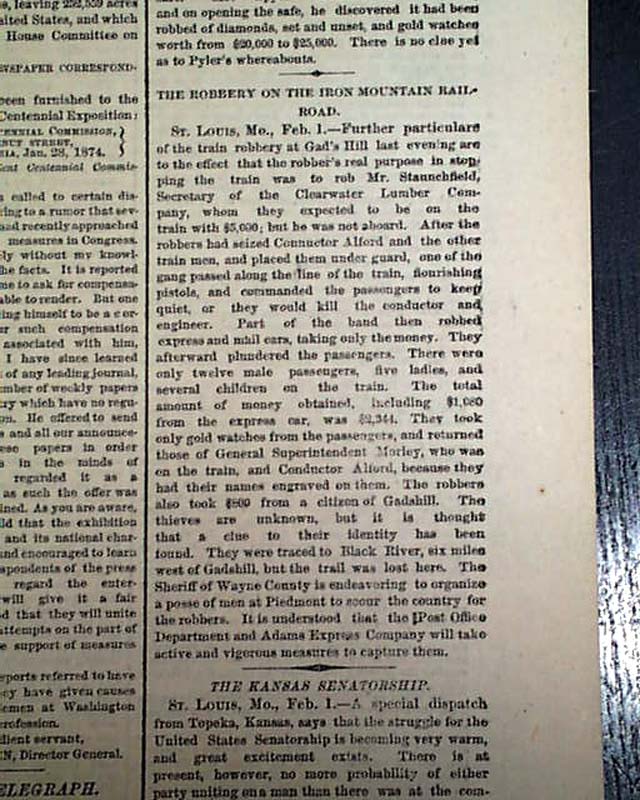 Ftpg. has: "The Robbery On The Iron Mountain Railroad" with the report stating that the outlaws were planning to rob a lumber company executive carrying $5000, but they discovered he was not aboard. More details about the robbery, plus word that the outlaws were being pursued but then their trail was lost. Although not identified in the report, this was the work of the James Gang.
Eight pages, 4 binding holes near the spine, nice condition.