Home > Back to Search Results > 1813 Death of the "Gerrymander"...
Click image to enlarge 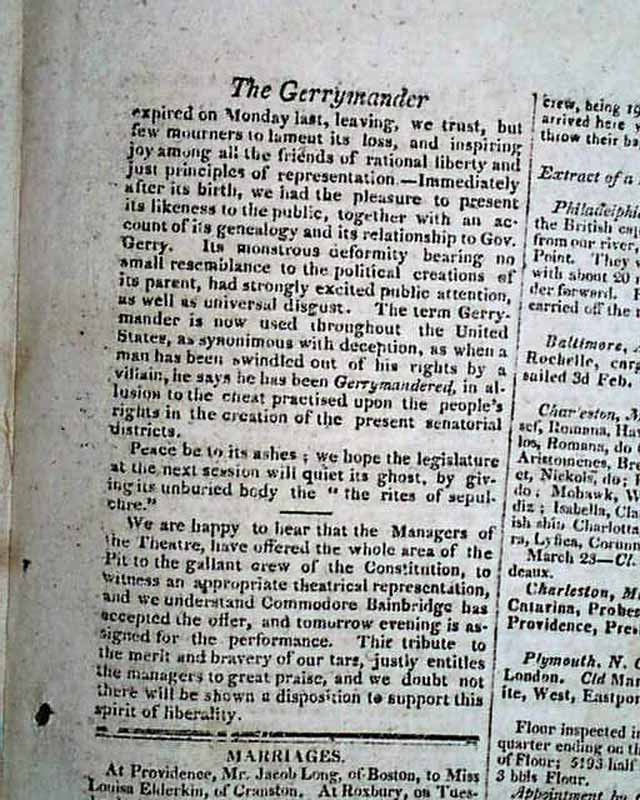 Page 3 begins with an interesting article headed: "The Gerrymander", essentially a report of its death. The "gerrymander" was--and remains to this day--a controversial political maneuver used to reshape voting districts in order to favor a political party. It was named for Elbridge Gerry, the former governor of Massachusetts, and Vice President of the United States from 1813 until the following year when he died in office.
The article begins: "The Gerrymander expired on Monday last, leaving, we trust, but few mourners to lament its loss, and inspiring joy among all the friends of rational liberty and just principles of representation..." with more.
Complete in 4 pages, never bound nor trimmed, very nice condition.