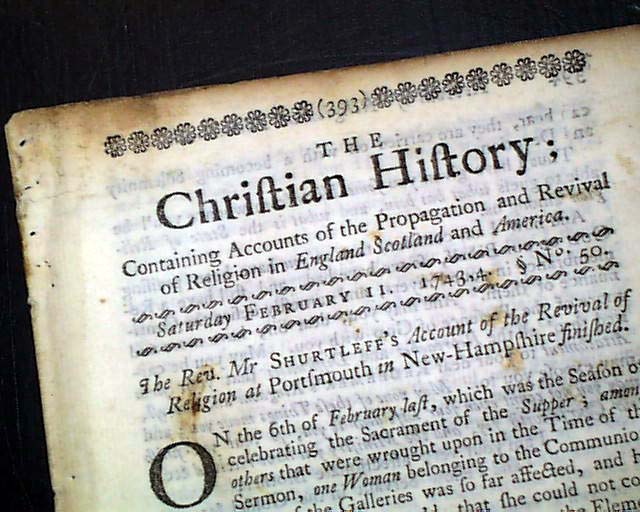 
THE CHRISTIAN HISTORY, Boston, February 11, 1743/4 (year double-dated for two calendars in use at the time. Would be 1744 by current calendar).