Home > Back to Search Results > Michigan to be admitted to the Union...
Click image to enlarge 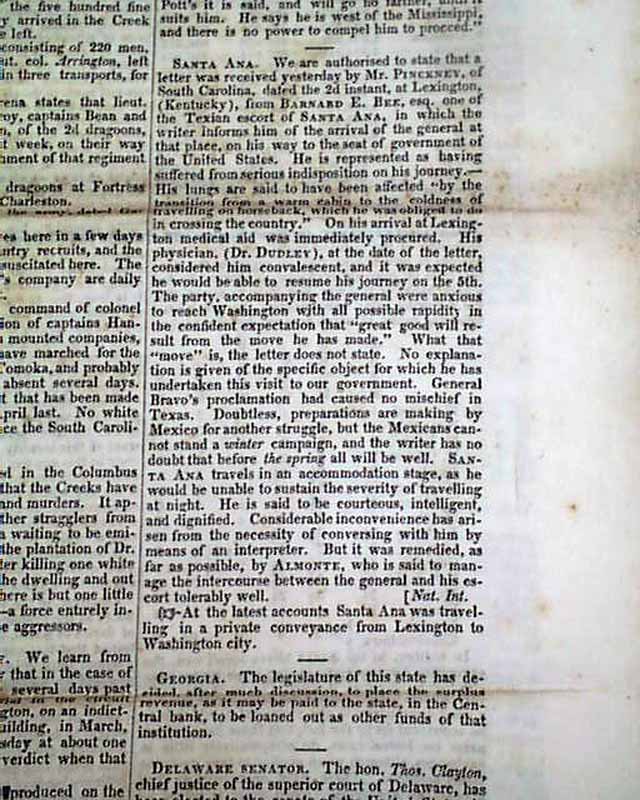 Michigan to be admitted to the Union...

* Michigan Territory
* Admitted to the Union

Page 3 has a notable report headed: "Admission of Michigan Into the Union" which includes the debate in the Senate on  statehood, taking over a full page. Although Michigan approved its constitution in 1835, statehood was delayed until 1837 because the territory was involved in what was known as the Toledo War, a boundary dispute with Ohio. The dispute was settled when Michigan gave up its claim to the mouth of the Maumee River at Toledo, Ohio.The formal admission of Michigan to the Union would be on January 26.
The ftpg. has the latest report concerning: "Santa Ana" (see). Sixteen pages, never bound nor trimmed, 9 by 13 inches, some folds & foxing, generally good.